Take it all in on the water. 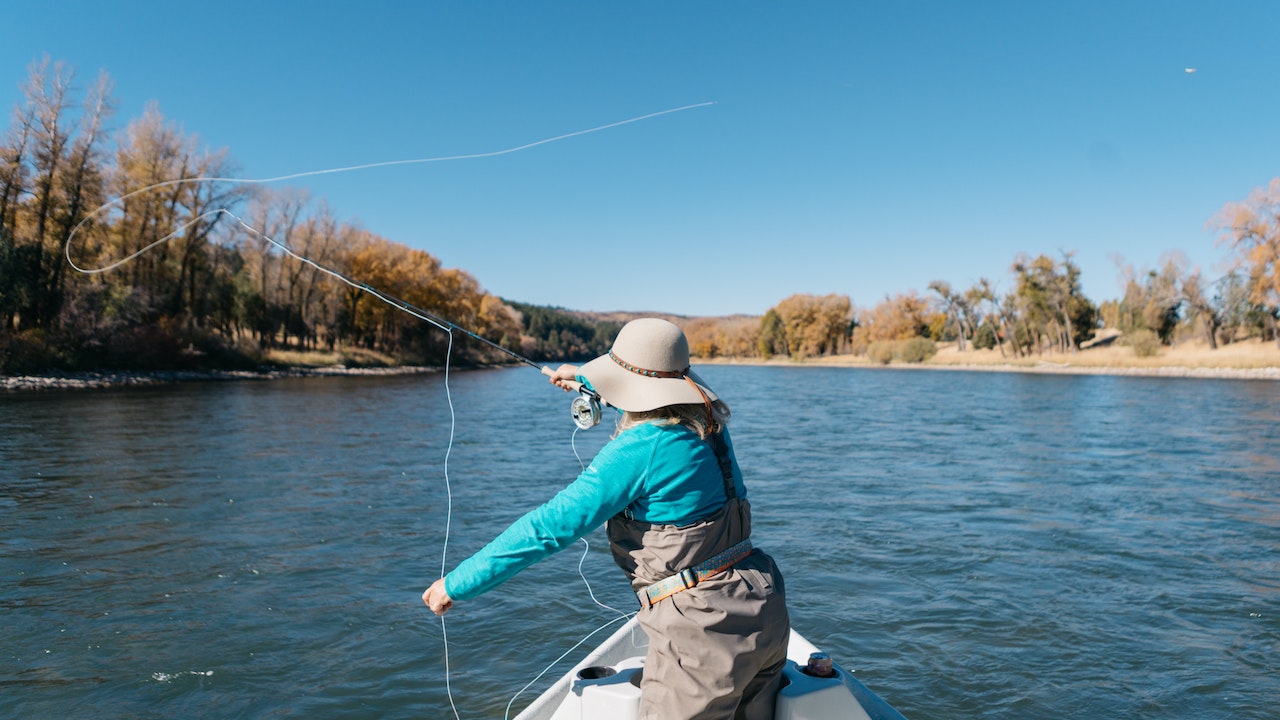 Wyoming fishing is a quintessential Western experience. It’s exactly as idyllic as it sounds, if you have the patience.

First, make sure you have a license. If you’re going with a fly fishing guide, they’ll make sure you do. Otherwise, any one of our local outfitters or tackle shops will help you. They’ll also make sure you have all the right gear. The fish hatchery is a great place to start. But if you’re looking for bigger water, there are plenty of options. Flat Creek may look calm, but it’s notoriously hard to land a fish — which is exactly what makes it so appealing. Fishing the faster waters of the Gros Ventre or Snake River requires some river knowledge and extra safety precautions, so we recommend going with a guide or on a fly fishing trip. Guides row the boat, you cast! 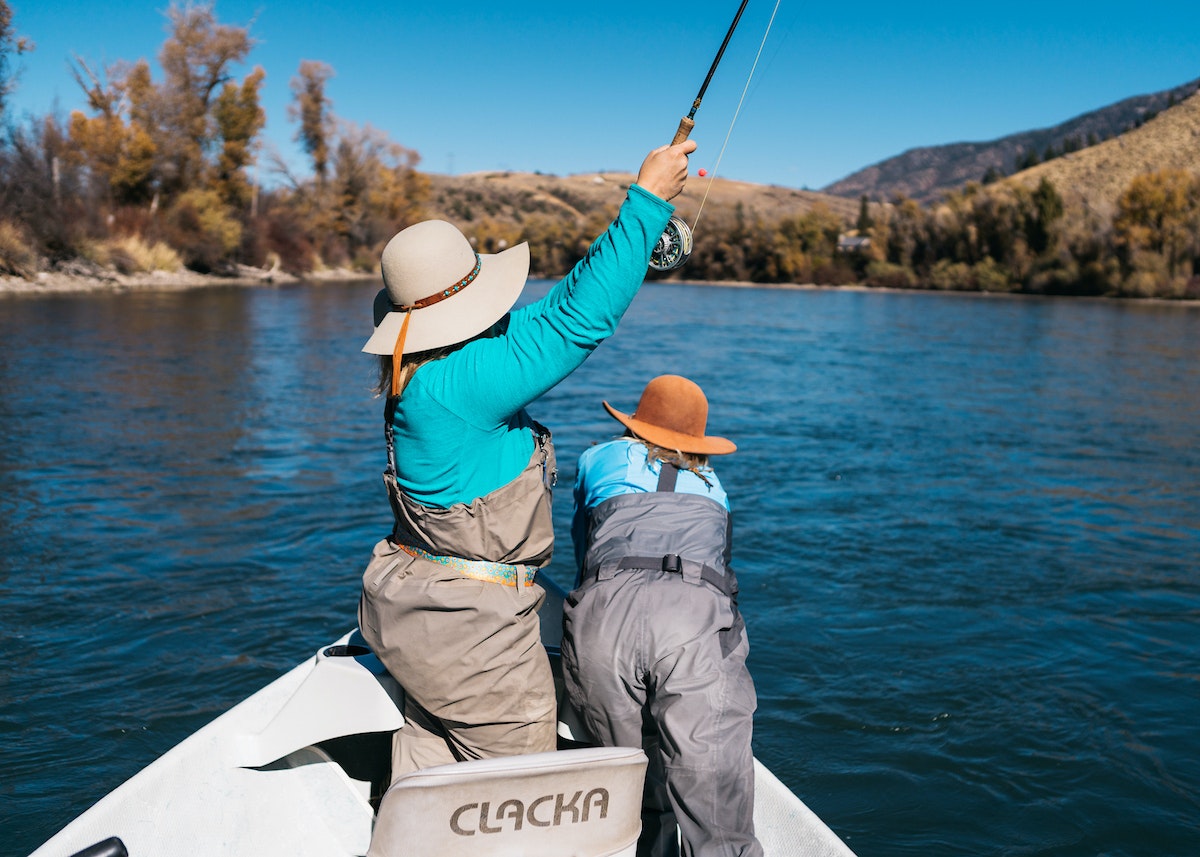 Guided trips are your best bet — you’ll get personalized tips while spending a whole day on the river with someone who knows the water and how to fish responsibly.

Your guide should be current on best practices, but some personal responsibility goes a long way. Summers in Jackson are getting hotter every year. Warm water doesn’t bode well for already-vulnerable native fish. Fish likely won’t survive being released in waters warmer than 70 degrees Fahrenheit. Whenever possible, measure the temperature of the water to make sure it is cool enough to fish safely. It helps to help early in the morning, before the sun has warmed the water.

No matter the temperature, make sure you know proper catch and release techniques to inflict the least amount of damage on our native cutthroat. 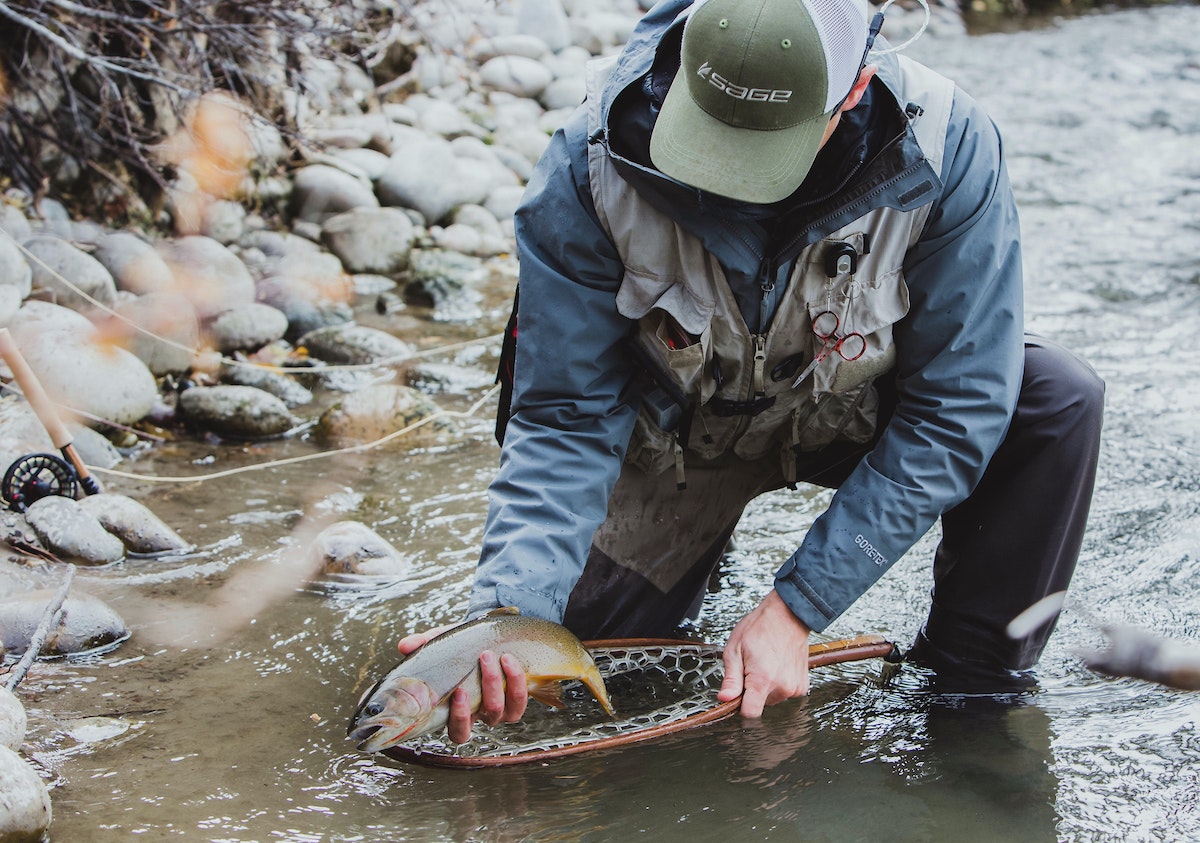 Fishing responsibly is a great way to help conserve local rivers. Cutthroat trout — the area’s only native fish — are an essential part of this ecosystem. Their numbers are dwindling, so they should be handled with care. Non-native fish, on the other hand, can be harvested to the benefit of native cutthroat. Wyoming fishing licenses allow you to harvest a certain number of fish per day, so aim for the non-native species if you want trout for dinner. Harvesting non-native fish like rainbow trout, lake trout, and brook helps the native cutthroat reclaim their ecosystem.

You can help prevent the spread of non-native species by making sure all of your own fishing gear is thoroughly drained, cleaned, and dried before entering local waters.

Local tackle shops, guides, and visitor centers will be happy to help you plan your day on the river according to The Wild Rules. 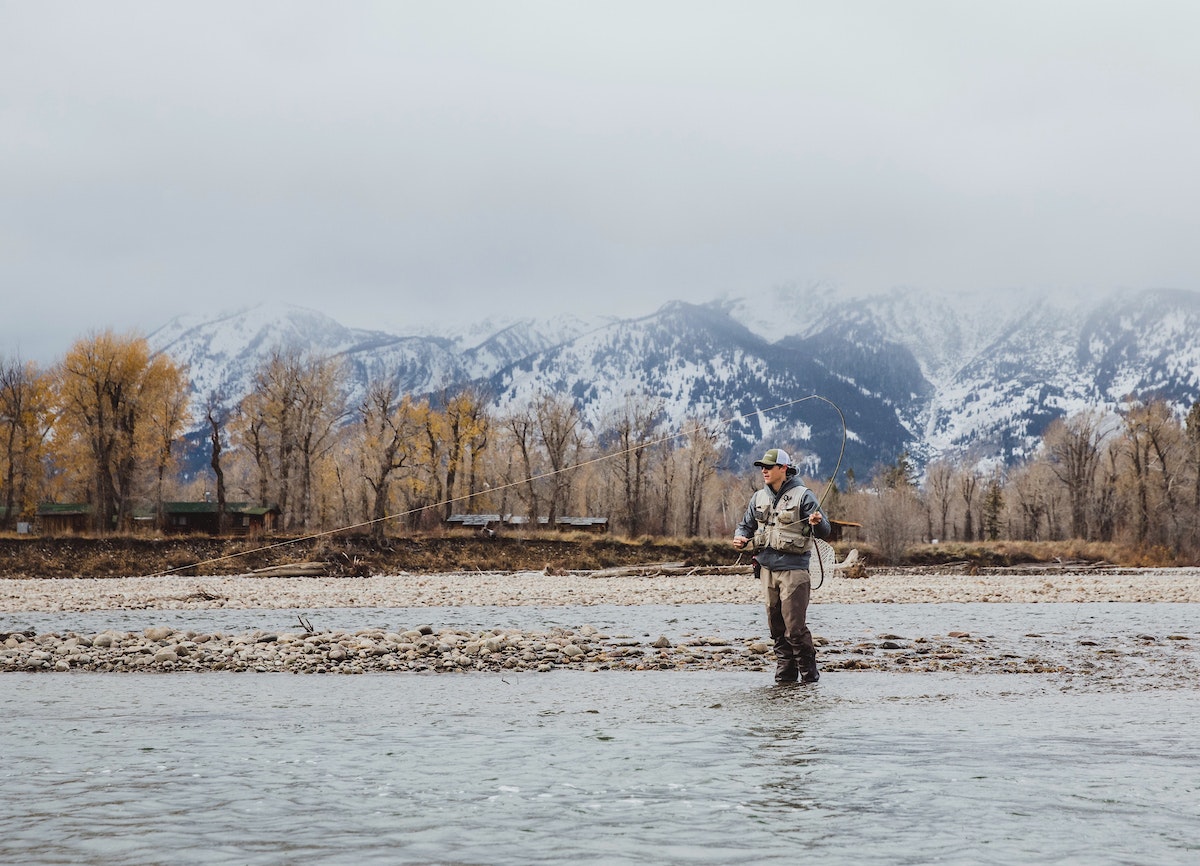 There are six different trout species in the Snake River, but only one of them is native: the cutthroat. It’s Wyoming’s official state fish, and competition from invasive species has threatened its collective health. Cutthroat trout also have to battle increasingly hostile elements in an environment increasingly altered and eroded by human behavior: warming waters, pollutants, man-made barriers like dams that block their migration patterns.

None of this is new, but it is getting worse. That’s why fish hatcheries like the one on the National Elk Refuge in Jackson are so important. Jackson’s fish hatchery was established in 1950 to help improve and sustain native fish populations in the Snake River and its headwaters. Fish eggs are incubated, hatched, and nurtured at the hatchery until the young fish are ready to be released into the Snake River headwaters. The hatchery raises and releases nearly 200,000 Snake River cutthroat every year, helping to maintain and restore critical populations of native trout.

Visitors can experience this conservation magic themselves by visiting the fish hatchery, open every day from 8 a.m. to 4 p.m. It’s full of learning opportunities, indoor viewing experiences, and even an observation deck for kids and first-time anglers to practice. It’s the perfect place to start your angler adventure in Jackson Hole.

Looking for something new to try? Fat tire biking is one of the newest activities to gain traction in Jackson Hole....