Get to know Jackson on two wheels. 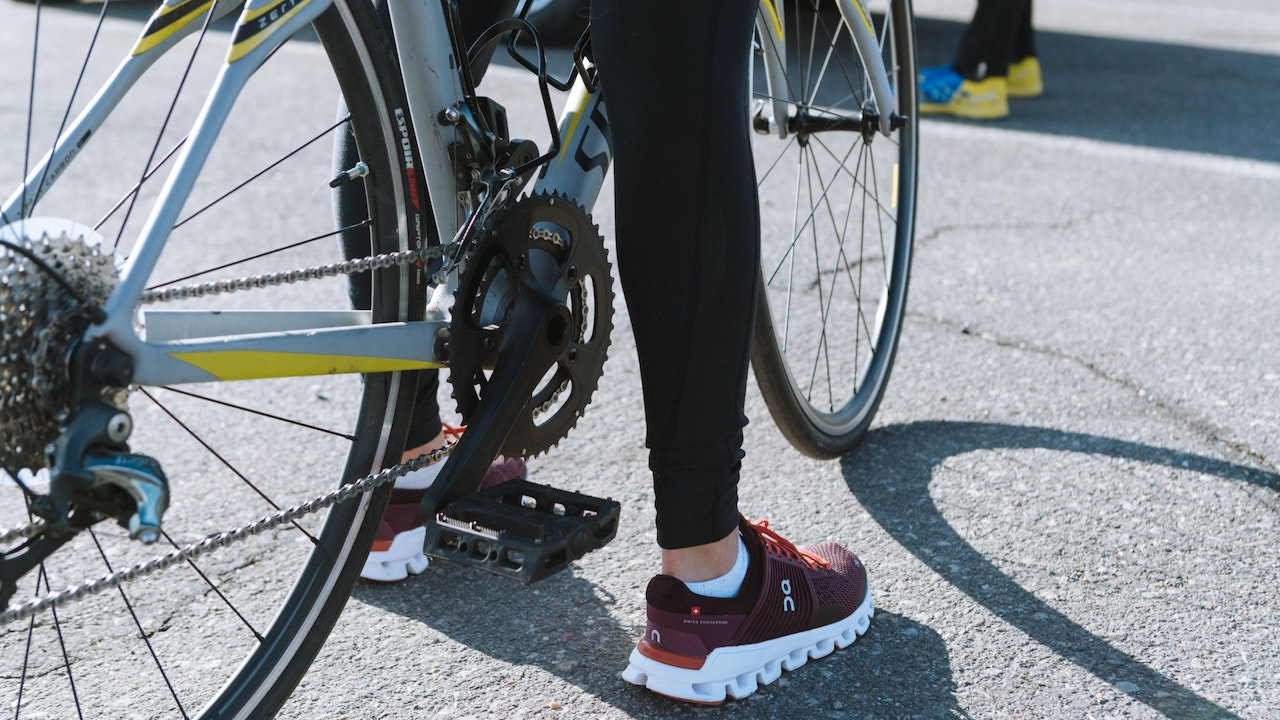 Teton County has more than 53 miles of paved bike paths stretching from town to Teton Village and beyond, plus an additional 16 miles in Grand Teton National Park. And cycling around on them is a great way to avoid peak summer traffic and get to know Jackson Hole.

You know the saying: “It’s like riding a bicycle!” Getting around Jackson Hole by bike really is that easy. Bike rentals are in high demand these days, so we recommend booking yours in advance. You can also borrow a START Bike. Just download the app, check out a bike, and ride! Visitors can rent bikes from START Bike and Friends of Pathways’ bike share to cruise around Teton County. Jackson Hole Mountain Resort rents road bikes, mountain bikes, and kid’s bikes at three retail locations in town and in Teton Village. Snow King Resort also offers bike rentals at the base of the “town hill.” At the base of Teton Pass in Wilson, Wilson Backcountry Sports offers full-suspension mountain bikes, gravel bikes, e-bikes, and cruiser pathway bikes. 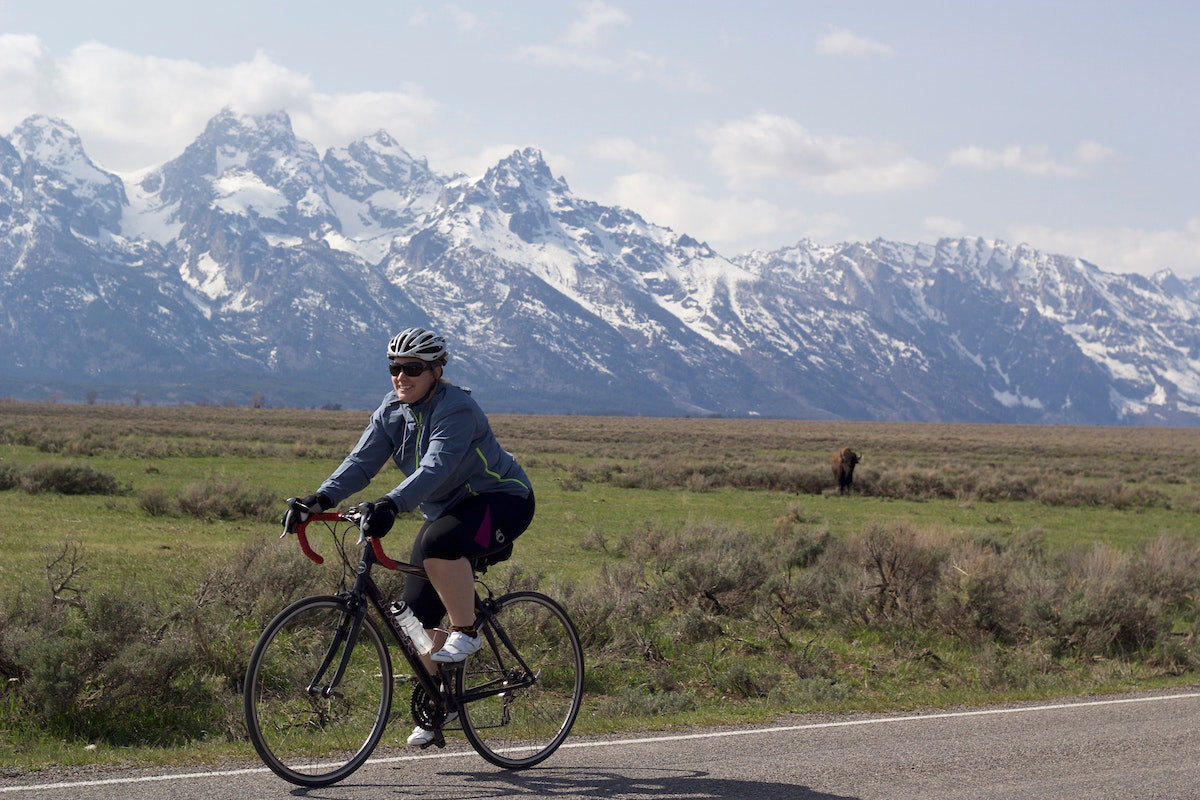 E-bikes are allowed on all paved pathways in Teton County, but remember to mind your speed and look out for other users. Pathways wind through family neighborhoods and popular recreation areas, so remember to mind your speed and be considerate of other pathway users. You’ll almost certainly cross paths with runners, dogs, kids, and maybe even some wildlife. Etiquette is to keep right and pass left. Make sure you warn other users as you approach them. Learn more about Teton County’s pathway system at Friends of Pathways. 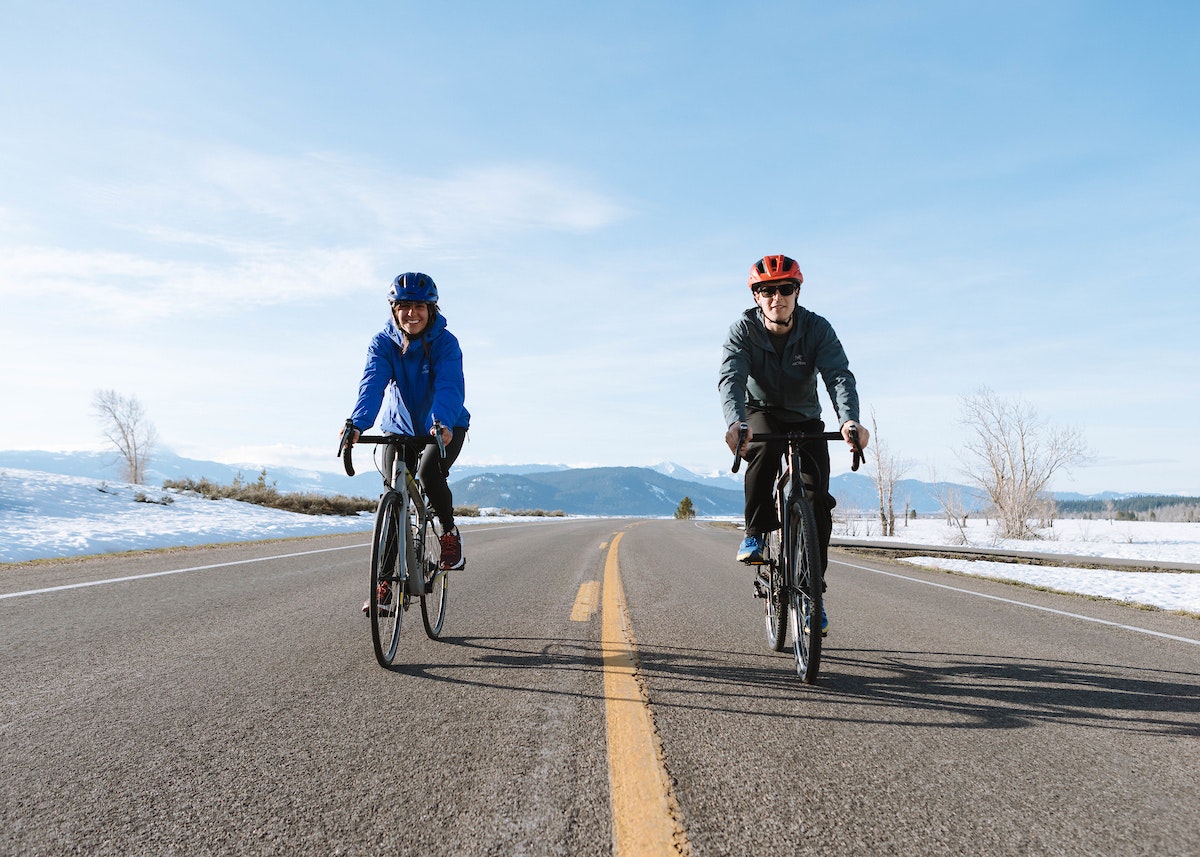 Remember to ride your bike on designated trails. When we go off-trail it can damage the entire ecosystem and it can take 10-30 years for it to recover. Please stay on marked trails so the beauty of this place never fades. 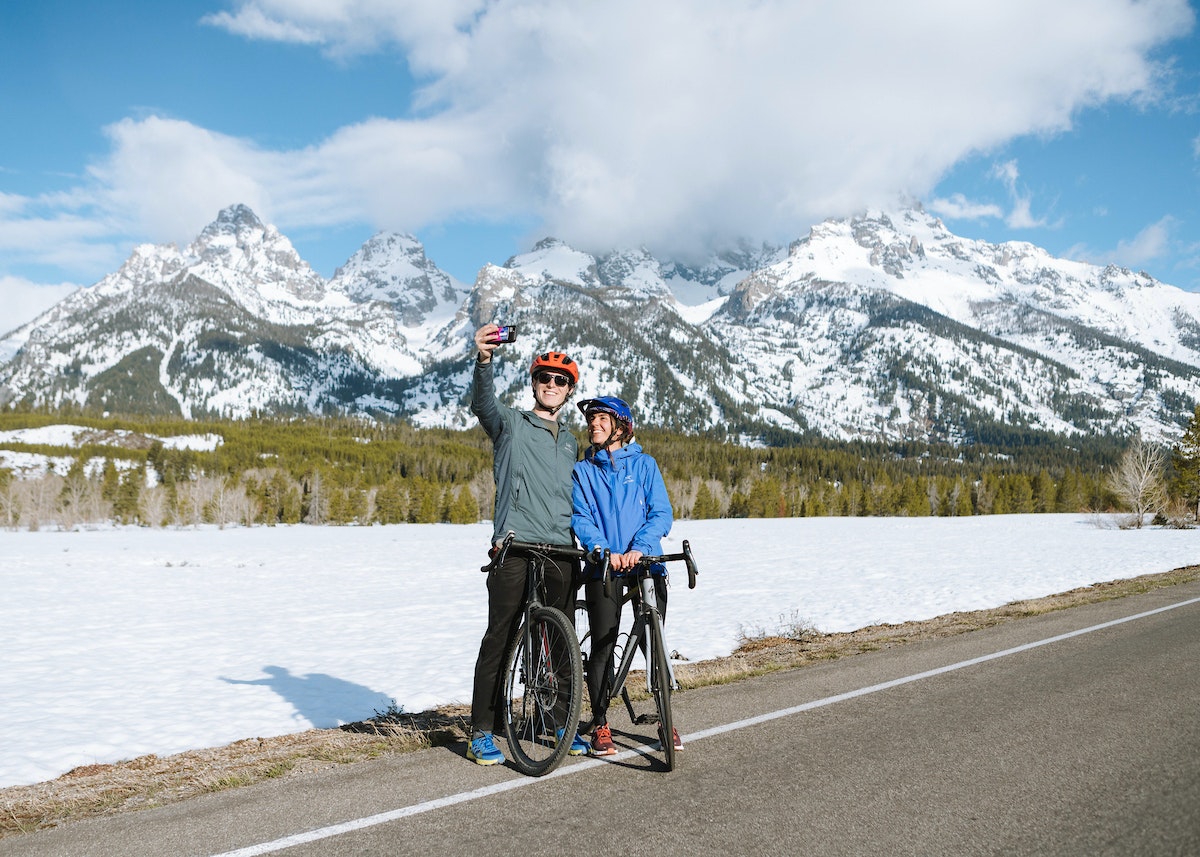 Two short decades ago, Jackson Hole had no bike paths — but it had a plan. Jackson’s first pathways task force formed in 1991. The “Pathways in Jackson Hole” conceptual plan was released the following in 1992 and by 1996, Jackson had one bike path. Twenty years later Teton County now has over 53 miles of paved paths, plus an additional 16 miles in Grand Teton National Park. It’s a “Gold” rated bike-friendly community, a recognition bestowed by The League of American Bicyclists. A lot of that honor is thanks to Friends of Pathways. The nonprofit is dedicated to “promoting sustainable transportation and healthy recreation in Jackson Hole.” Through advocacy, education, and direct funding/labor, Friends of Pathways has helped thousands of cyclists pedal safely in and around Jackson Hole. They’re also behind the START Bikes rentals around town.

Explore nature and get outside on a cross country nordic ski tour of Jackson Hole's valley....