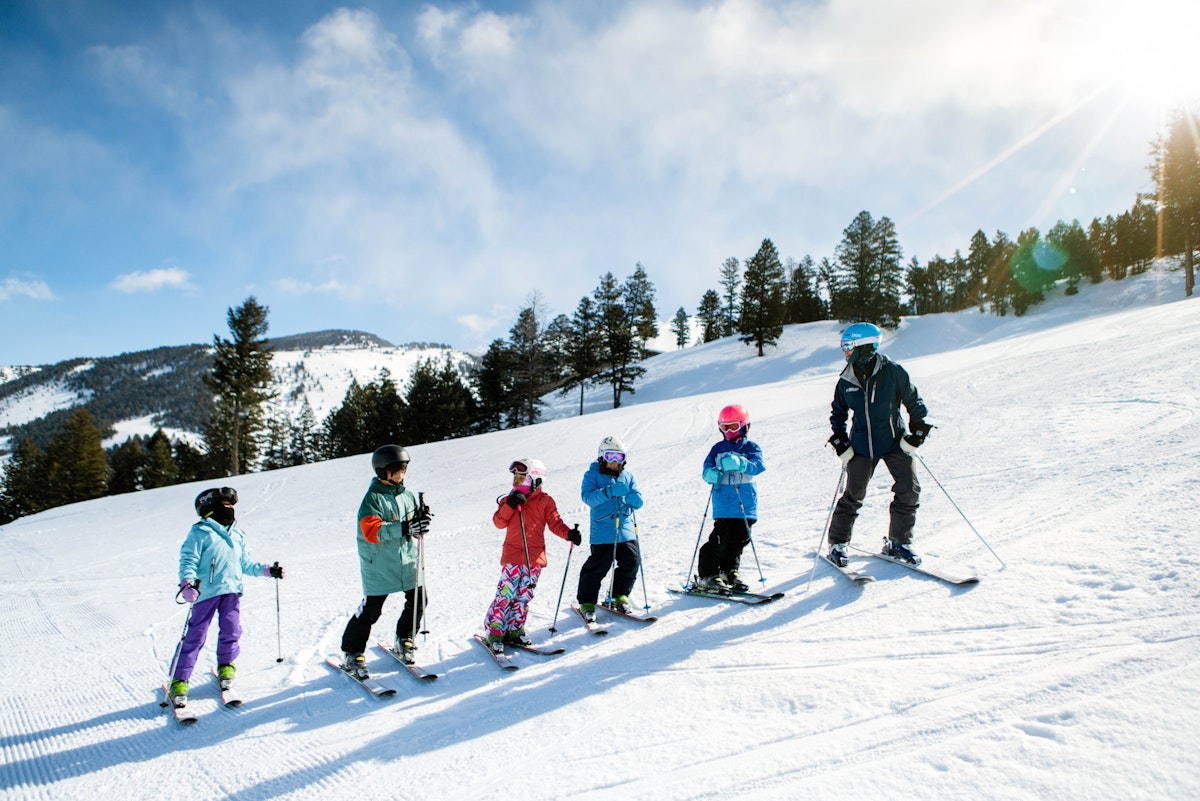 Readers of ski magazines (and ski magazines themselves) often rank Jackson Hole Mountain Resort as having the best expert terrain in North America. And yes, another local ski resort, Snow King, advertises that it’s home to the steepest north-facing FIS racecourse in the lower 48. But expert and beginner terrain don’t have to be mutually exclusive. While Jackson Hole Mountain Resort has Corbet’s Couloir, it has also spent tens of millions of dollars improving its skiing and riding experiences for beginners and intermediates. Plus, just over the Teton Pass from Jackson Hole is Grand Targhee, which is known for being one of the most beginner- and intermediate-skier friendly resorts in the country.

Both Grand Targhee and Jackson Hole Mountain Resort offer lift tickets that are only valid for beginner terrain. Snow King offers a very affordable family pass for its Magic Carpet lift, which serves the beginner-est of its beginner terrain. 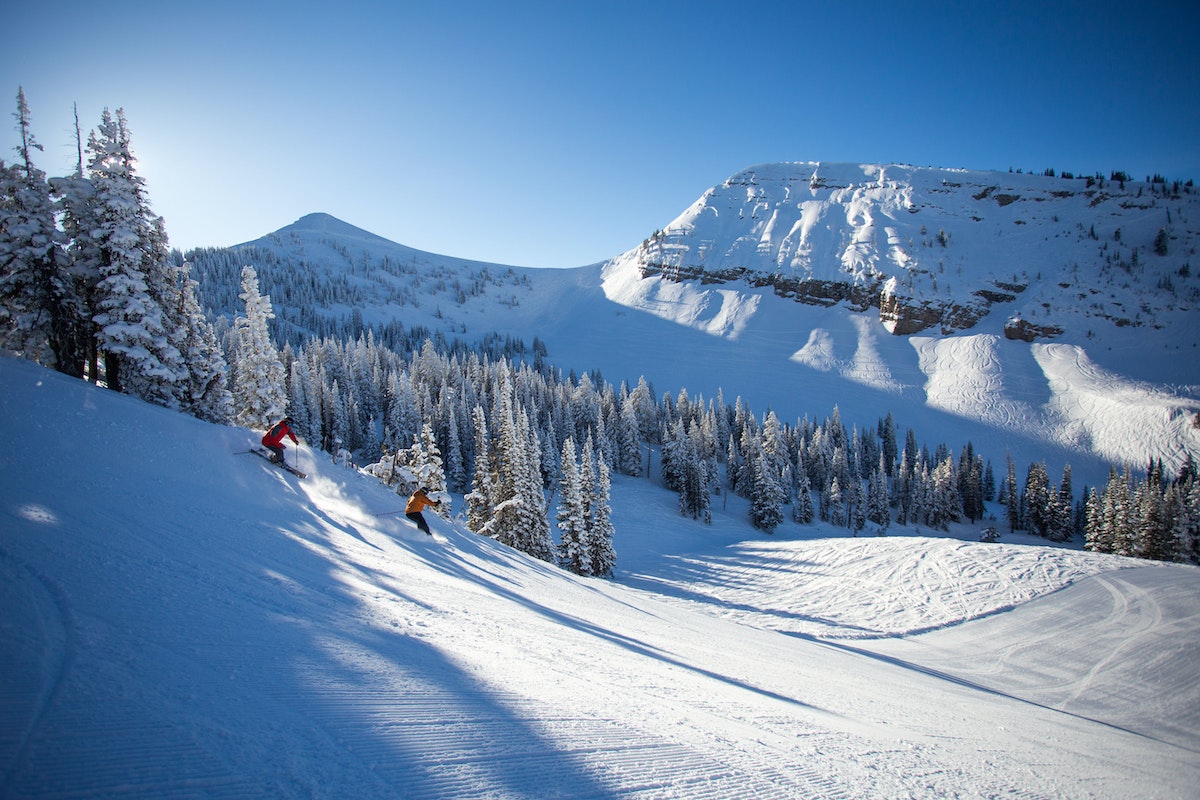 Every single run off Grand Targhee’s Shoshone lift is rated as easy/beginner. There’s no need to worry you’ll end up on a run that’s more difficult than you’re looking for, and with 10 (or 11, depending on how you count) runs in this all-easy-all-the-time area, you won’t get bored in an hour. Another nice thing about the Shoshone area is that, because the only runs here are rated easy, you don’t have to worry about some hotshot skier coming up behind you all fast and furious. Everyone skiing (and snowboarding) off Shoshone is in the same boat as you.

If you’re a total beginner, definitely look into Targhee’s Start Me Up package. This includes a two-hour group lesson, rental equipment and an all-day ticket good for the Shoshone and Papoose lifts, which access the easiest beginner terrain. If you’re an advanced beginner looking for a more challenging and longer run, take the Dreamcatcher lift to the summit of Fred’s Mountain and hit the Teton Vista traverse. This is rated as a green run, but there’s one thing about it that’s difficult: focusing on skiing. The traverse lives up to its name. From it, the west side of the Tetons looks close enough to reach out and touch. I’ve learned the hard way that it’s best not to mix skiing and spectating. When you want to admire the Tetons from this run, stop off to one side, soak up the views for as long as you want and then turn your attention back to the ski down. 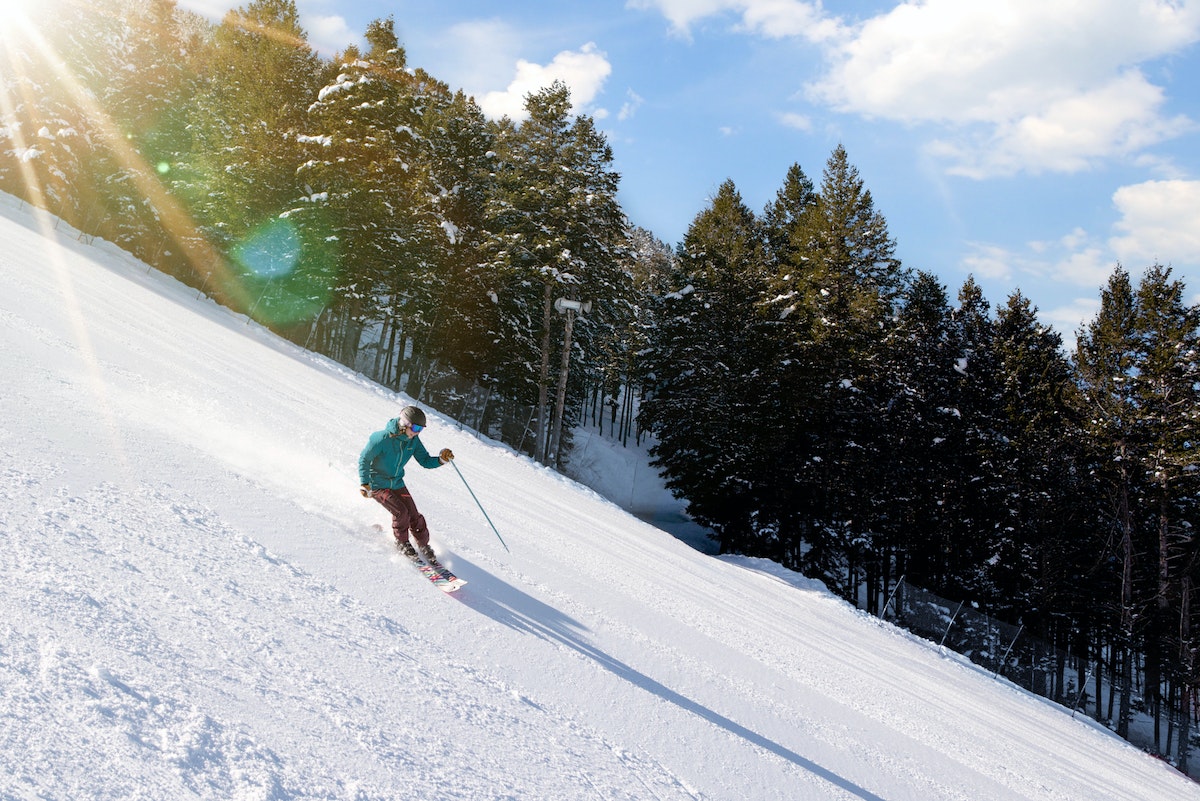 Snow King, which was the first ski resort to open in the state of Wyoming in 1939, offers two-hour lessons for first-time skiers in the intimate area served by its Magic Carpet lifts twice daily. (A Magic Carpet lift isn’t a moving chair you need to worry about sitting down on, but a slow-moving rubberized track on the ground you step onto.) These lessons include rentals.

If you’re looking for advanced beginner runs, the mid-station at the Rafferty lift is your jam. Turnpike is the easiest beginner run off Rafferty, and at almost any other resort it would be rated as a blue/intermediate run. Still, it’s wide and chances are you’ll have the whole run to yourself—qualities that definitely make a run easier.

Snow King’s trail map shows six of its 32 runs as green. One of these, Slow trail, off the Summit lift, is decidedly not green. It’s narrow and switchback-y and needs to be reclassified as a blue/intermediate run. At least once every 10 days that I ski at Snow King, I see a novice skier walking down it carrying their skis. 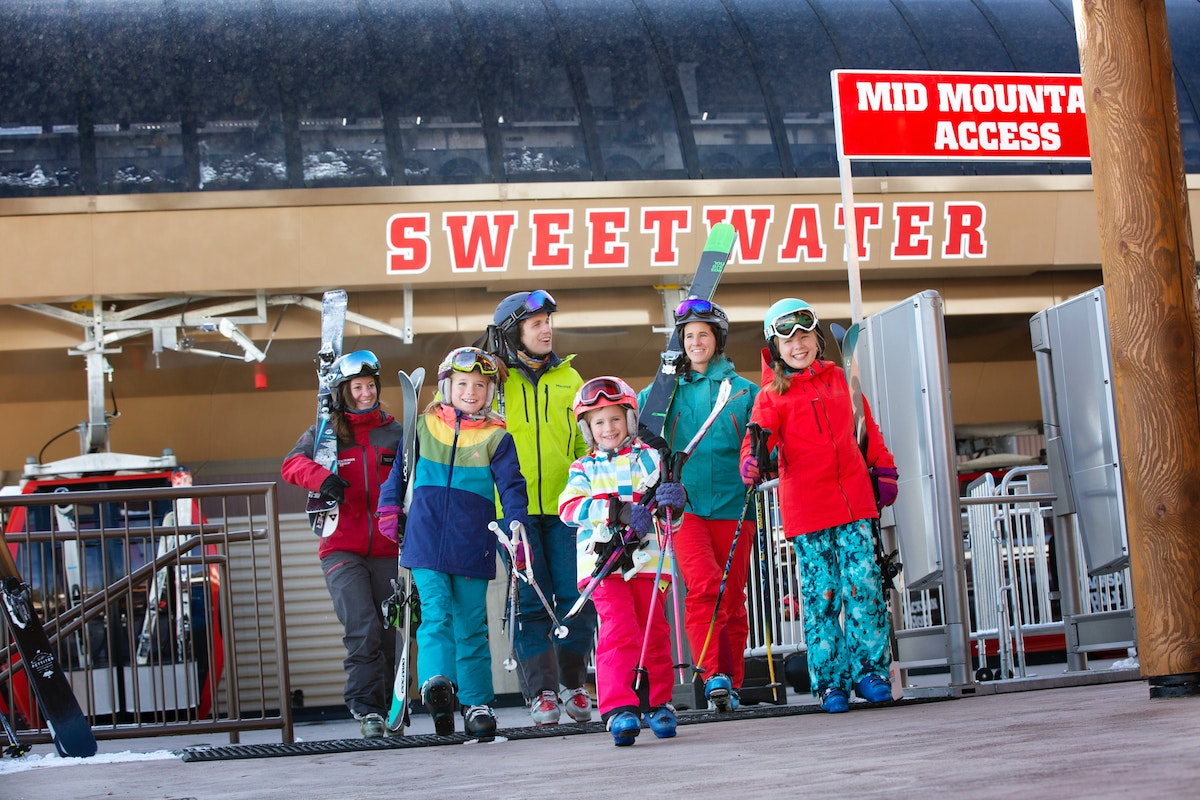 Skiers looking for beginner terrain at Jackson Hole Mountain Resort, whether taking a lesson or exploring on their own, should stick to the Teewinot and Eagle’s Rest lifts and the Sweetwater gondola mid-station. (If you don’t get off Sweetwater at the mid-station, you’ll be whisked up to the heart of the resort’s intermediate terrain.) From these three lifts, the only terrain you can access is rated green, so there’s no need to worry you’ll end up on something beyond your ability. The name of my favorite beginner run at Jackson Hole Mountain Resort—Pooh Bear—could be improved, but otherwise it’s perfect: super wide with a consistently mellow pitch.

For novice skiers looking to take a lesson, Jackson Hole Mountain Resort has by far the slickest and most amenity-rich ski school, Mountain Sports School (MSS), of any resort in the area. The price of lessons here, whether private or group, reflects this. Last winter, the resort opened Solitude Station specifically for MSS students. A two-minute ride up the Sweetwater gondola from the resort’s base area, Solitude Station has 12,000 square feet of school, dining and rental facilities. Skiers aged 7 and older taking lessons at any ability level are based out of Solitude Station. MSS students take note: Solitude Station’s dining room, which is only open to MSS students, serves the heartiest lunch on the mountain—an all-you-can-eat buffet with main entrees that change daily.

For adults who have never skied before, MSS’s beginner lesson comes with a guarantee. From the Jackson Hole Mountain Resort website: “After your first beginner lesson, you will be able to ski. If you continue to have trouble controlling your speed and linking wedges, take the full day Beginner class again for free!” If that’s not enough of a selling point, this beginner lesson includes lunch at the Solitude Station buffet.