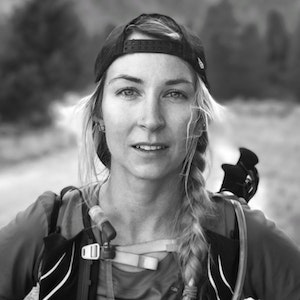 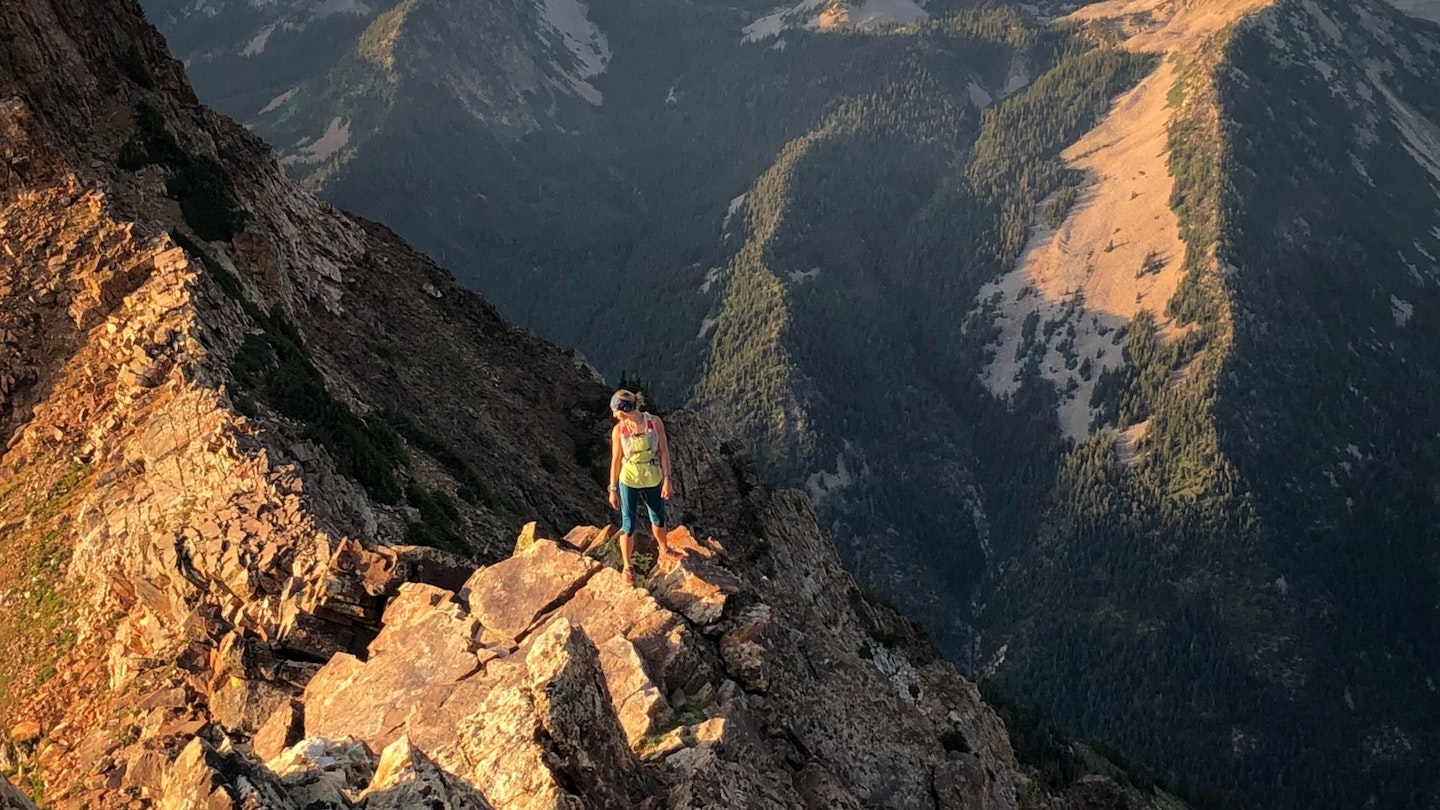 Mountains are the center of Kelly Halpin’s universe. Through childhood summer days spent outside from sunrise to sundown at her grandparents’ Jackson ranch, she developed a deep connection to nature. At 6 years old, she took up climbing and has been attached to the mountains ever since. 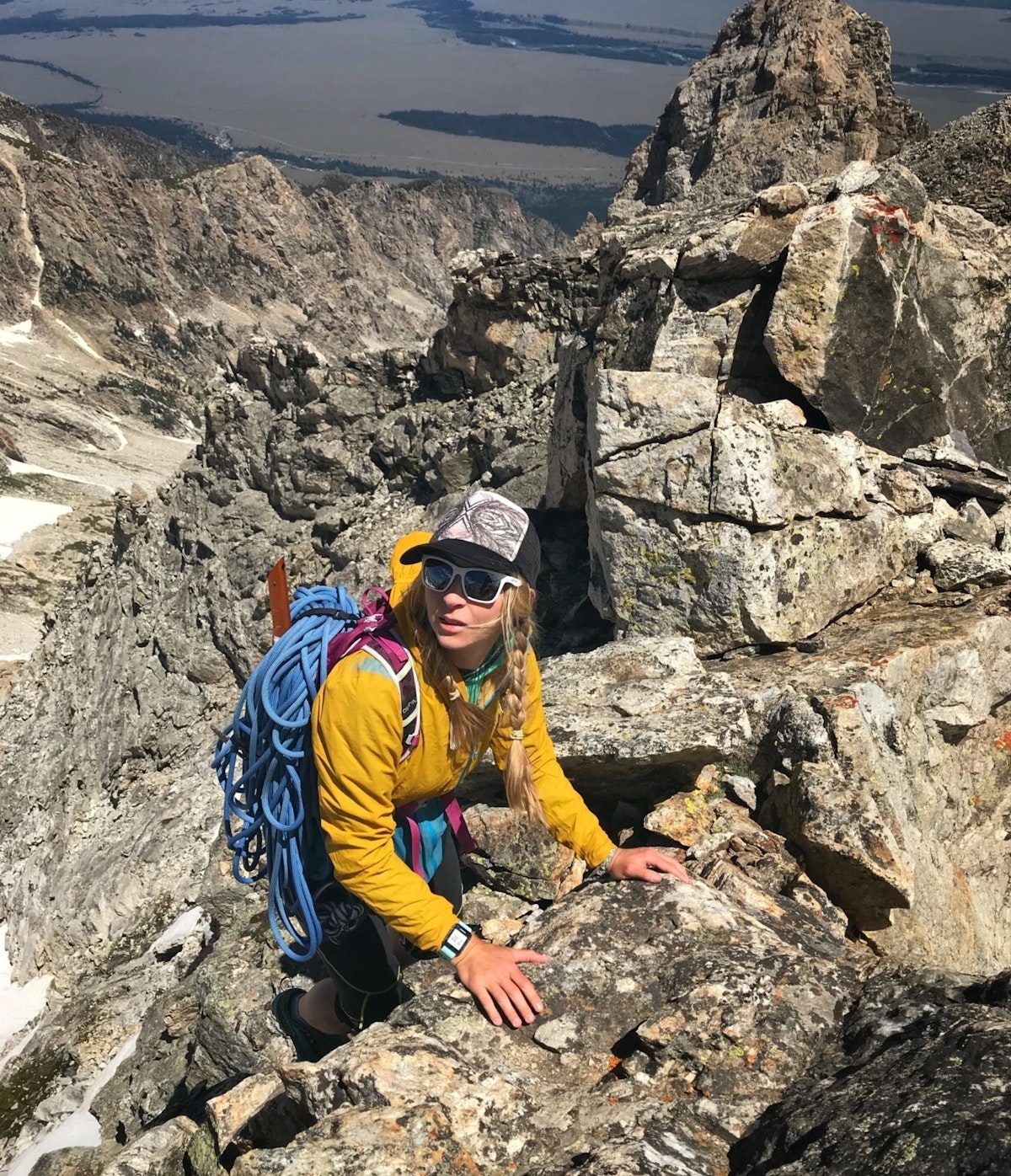 Her passion for the mountains manifested in a competitive drive, beginning with climbing and bouldering events and taking her into snowboarding and big mountain snowboarding competitions. But it was entering Jackson Hole’s original “Picnic” triathlon on a lark — and being the first woman to successfully finish it — that brought her into the world of mountain endurance sports. She still races competitively, including completing four more Picnics, but her true love continues to be the challenging endurance feats that involve a ridge, a trail, or a loop. 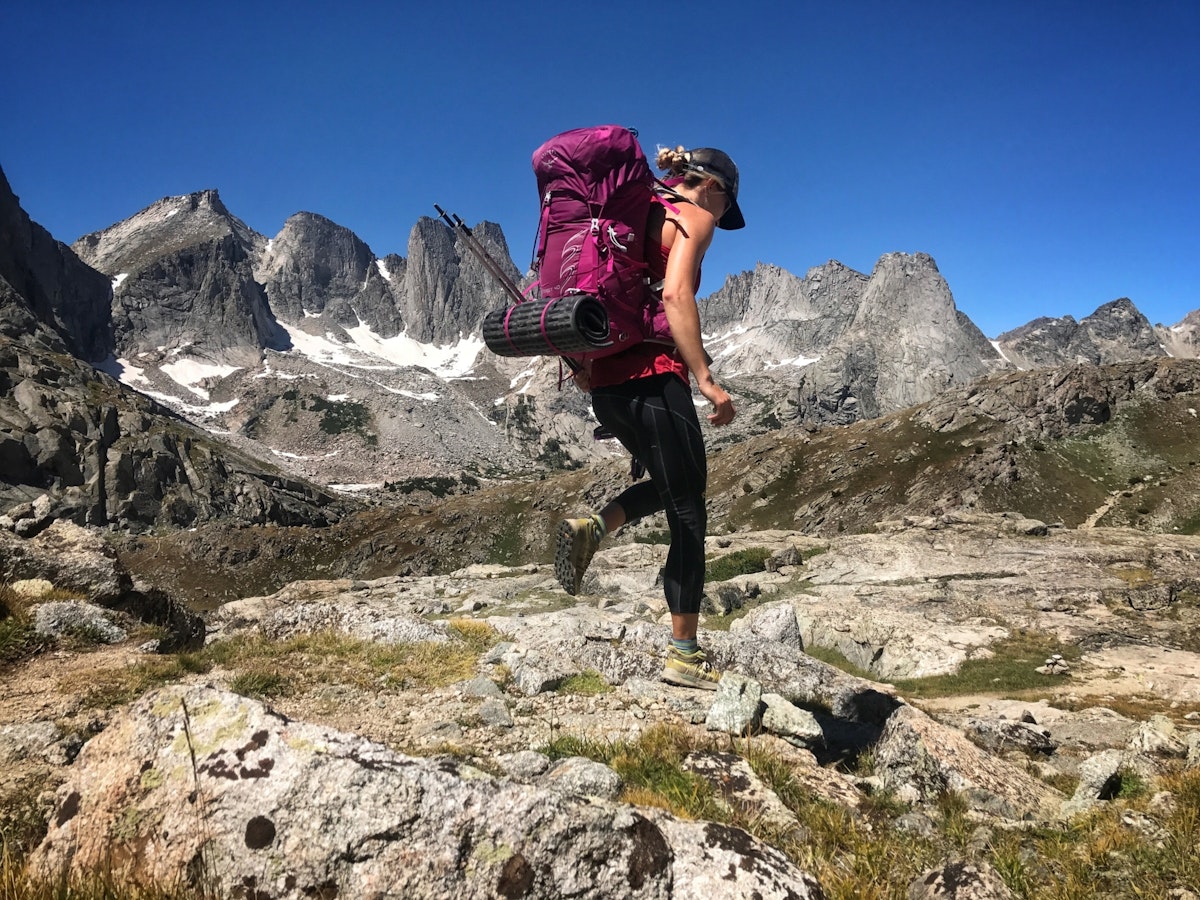 When Kelly isn’t running or climbing through the Tetons, she’s likely taking them in at a slow pace to fuel her other passion: illustration. She has contributed illustrations for magazine features and children’s books, and has had solo shows in multiple galleries across the west. But one look at her personal work quickly reveals her artistic purpose — showing people nature through her eyes. 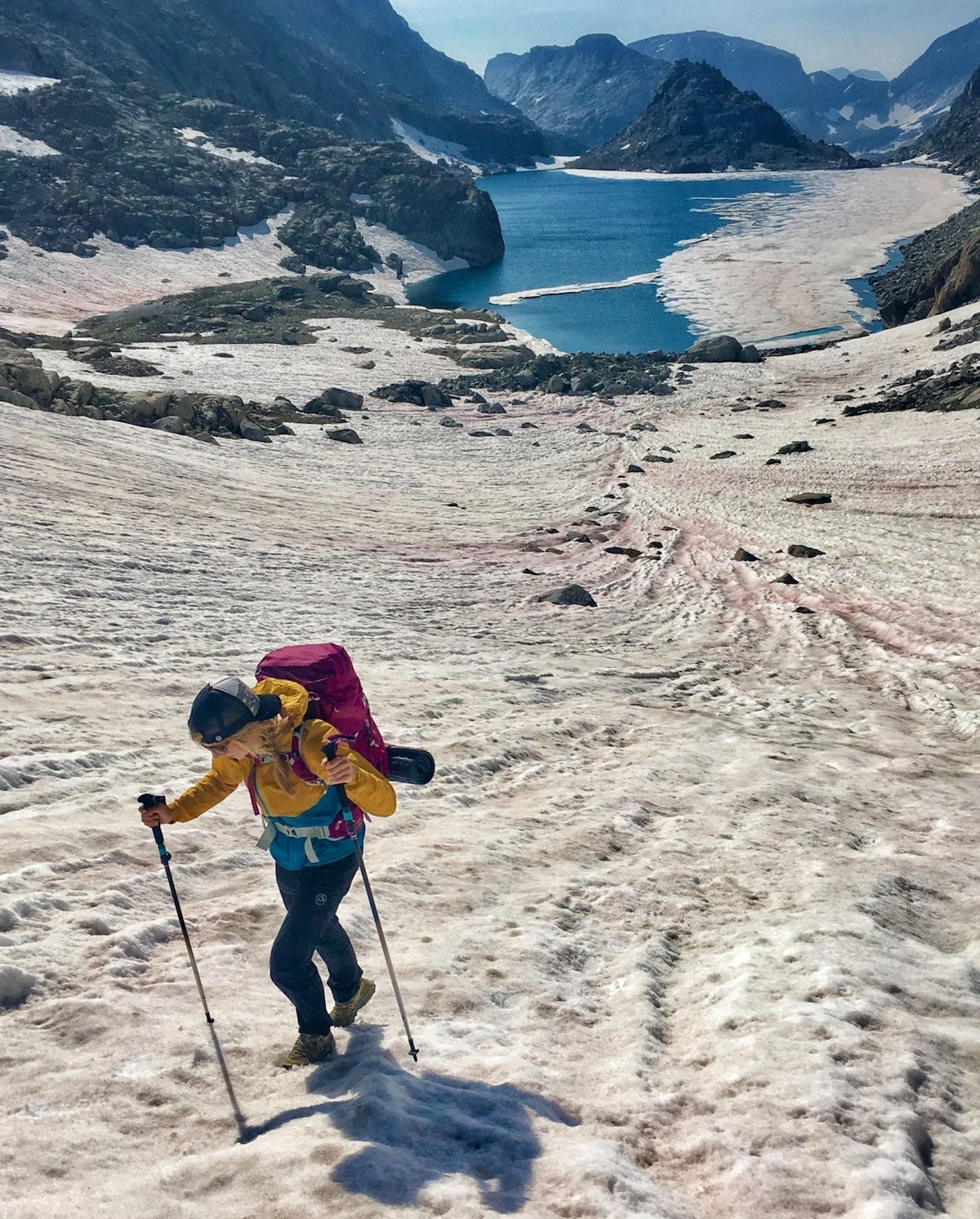 Her favorite places in the Jackson Hole area: “I think I found a new favorite place this summer. I went on a solo hike all day up Mount Woodring and that was a peak I had never been up before. You can see down into all of the canyons and there’s nobody up there.”

“In town, I like to work at Picnic. They have good coffee and croissants so I hang out there a lot.” 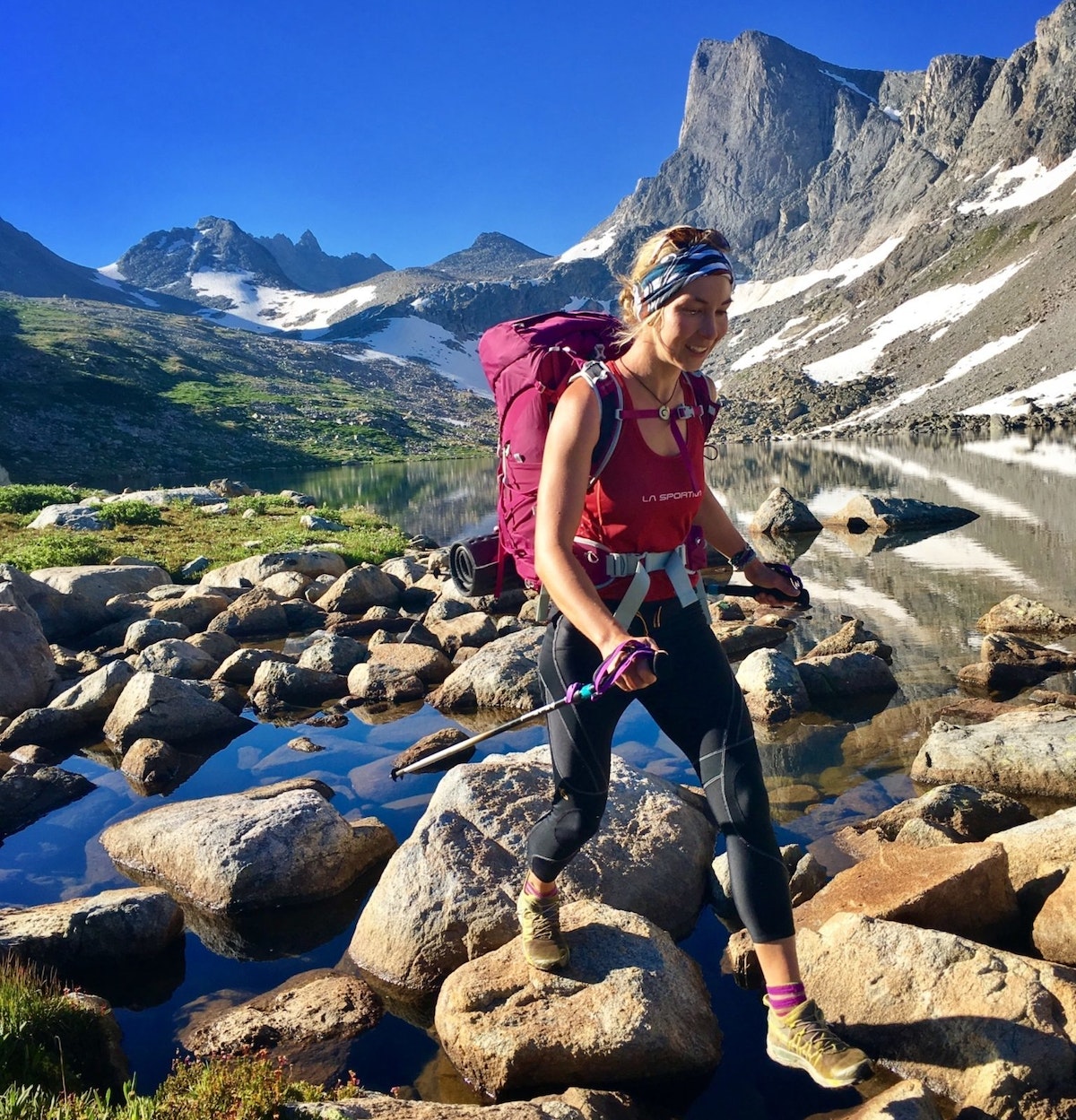 On being an avid environmentalist: “My parents were both environmentalists. So we grew up recycling and trying to be mindful of everything. Personally, I use reusable grocery bags. I don’t use paper towels in my house. I try not to eat beef — at least when I’m not traveling. And I try to donate a lot of proceeds from my artwork (to environmental sustainability non-profits).”