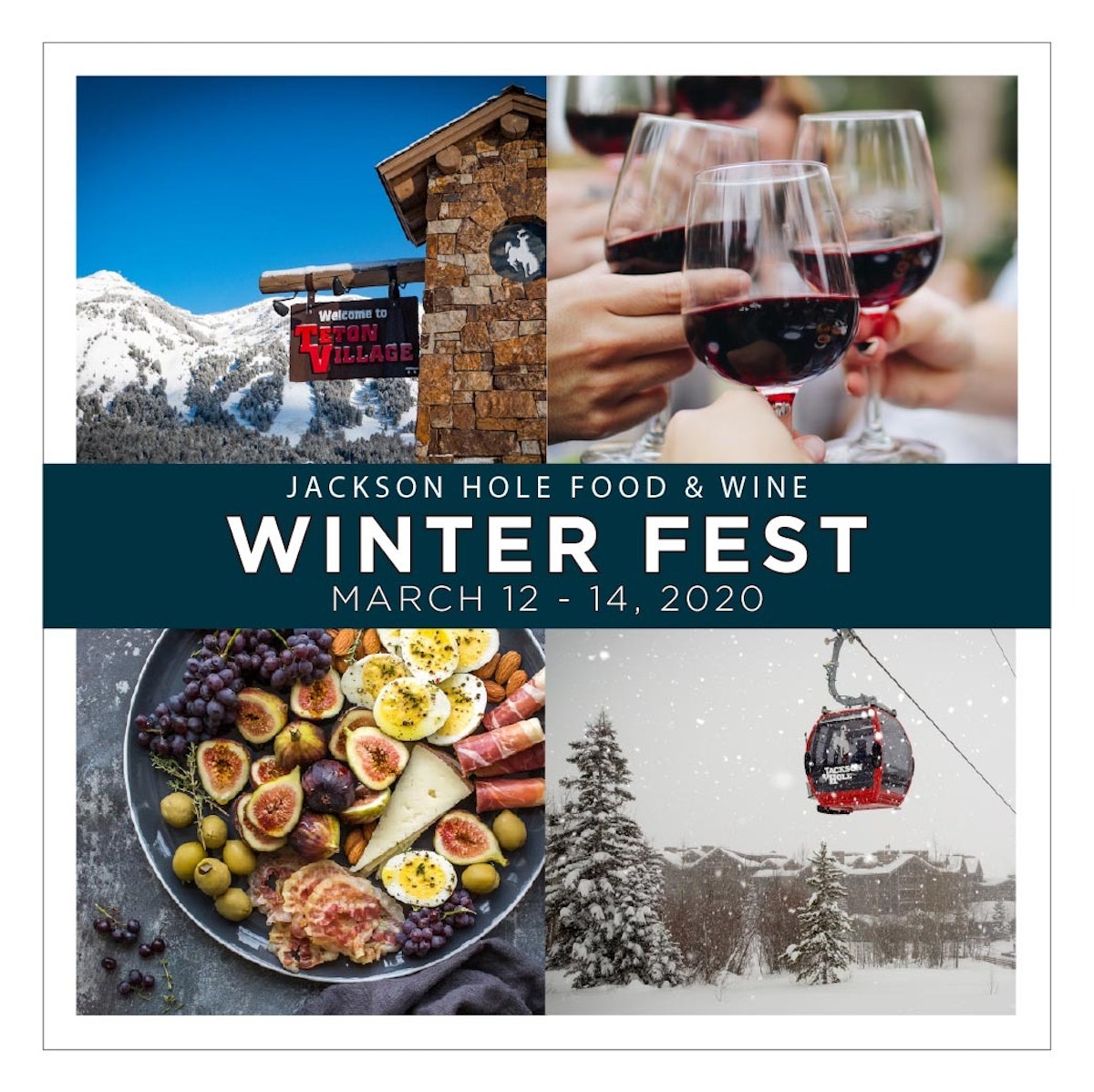 Celebrate the art of eating and drinking after skiing!

It’s no secret we locals find it hard to leave the base of the mountain after all the lifts have shut down. When the sun sets and the Tetons light up with alpenglow, there’s no better place to après than Jackson Hole.

Après ski — the social time spent eating and drinking after a day of skiing — is a beloved part of Jackson Hole’s winter culture. It’s all about prolonging those feel-good, powder day vibes with comforting food, a drink or two and tales of a day spent in the clouds. Seriously, what could be better?

How about a mountain festival devoted to the art of the après ski? This winter, Jackson Hole Food & Wine promises an après experience just as memorable as our terrain: Winter Fest, Jackson Hole’s third annual après ski festival. And it’s all for a great cause. A portion of proceeds from Winter Fest will benefit Hole Food Rescue, a non-profit organization that strives to end food waste and abolish hunger in Jackson Hole. 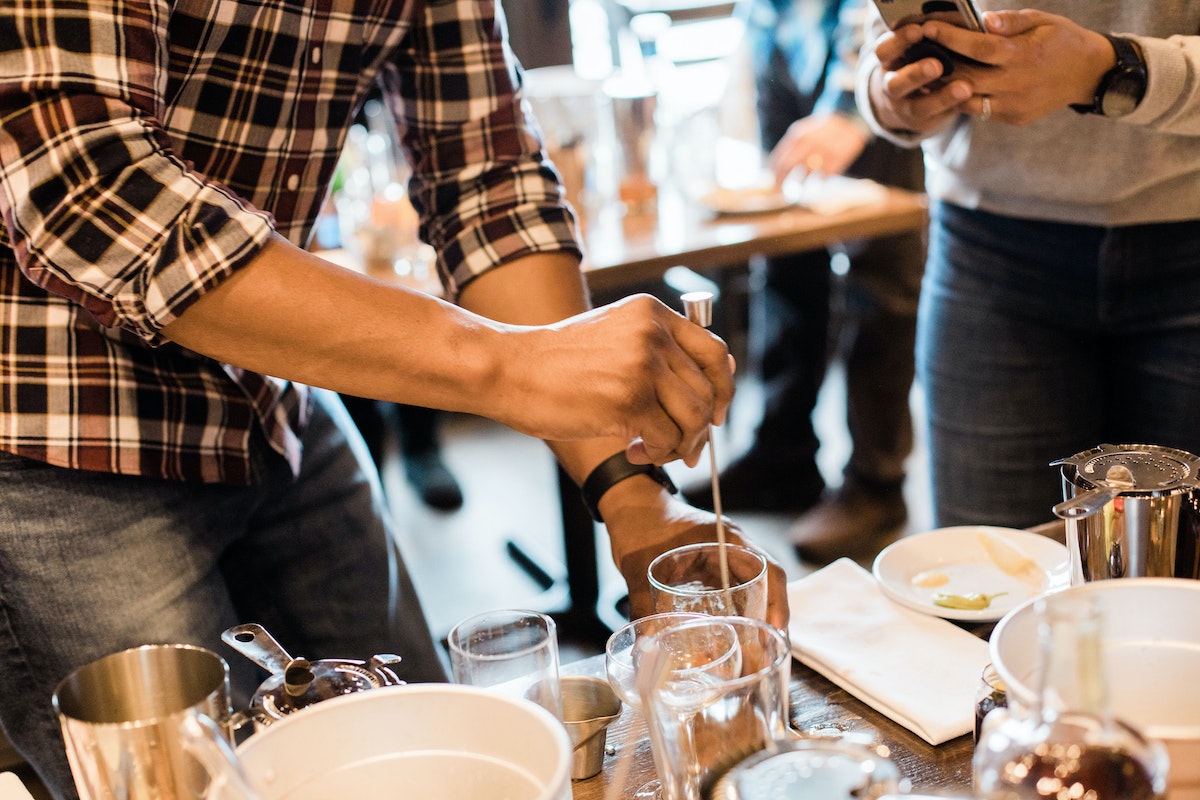 Winter Fest has something for everyone who loves skiing, food and drink: a panel discussion among wine and food enthusiasts about their most memorable cold weather meals; a laid-back sampling of the best après ski nibbles prepared by local chefs; a special bourbon tasting with Old Rip Van Winkle’s (aka PAPPY) own Preston Van Winkle; an intimate cooking class and a once-in-a-lifetime Wine Dinner at 9,000 feet featuring chefs Stuart Brioza, Nicole Krasinski and vintner Andy Peay of Peay Vineyards.

When it comes to culinary power couples, Stuart Brioza and Nicole Krasinski are definitely among the coolest. They are the chef-owners of two of San Francisco’s most exciting restaurants: State Bird Provisions, which specializes in small plates served up dim-sum style (try the quail), and The Progress, a large, a la carte menu served family style, meant for sharing—think dinner party with family and friends.

With a never-ending list of accolades—including being named best chefs of the Western United States by the James Beard Foundation in 2015—their unabashed creativity and ability to offer two distinct and dynamic culinary experiences has not gone unnoticed.

Winter Fest kicks off at the Rendezvous Lodge at the top of the Bridger Gondola, elevation 9,000 feet. As guests come in from the cold, an esteemed panel of culinary experts will reminisce about some aha moments at the Big Wines, Small Plates panel discussion.

With spectacular views of the Teton peaks above and the valley below, Rendezvous Lodge is a dramatic venue. Chefs Brioza and Krasinski will be on the panel, along with Preston Van Winkle; Laely Heron, Andy Peay and Matt Bean. Jackson Hole Mountain Resort executive chef Michael Britton will collaborate with the guest chefs to create small plates and wine pairings to match the panelists’ storytelling. The event is an interactive and fun twist on a traditional wine tasting and dinner. 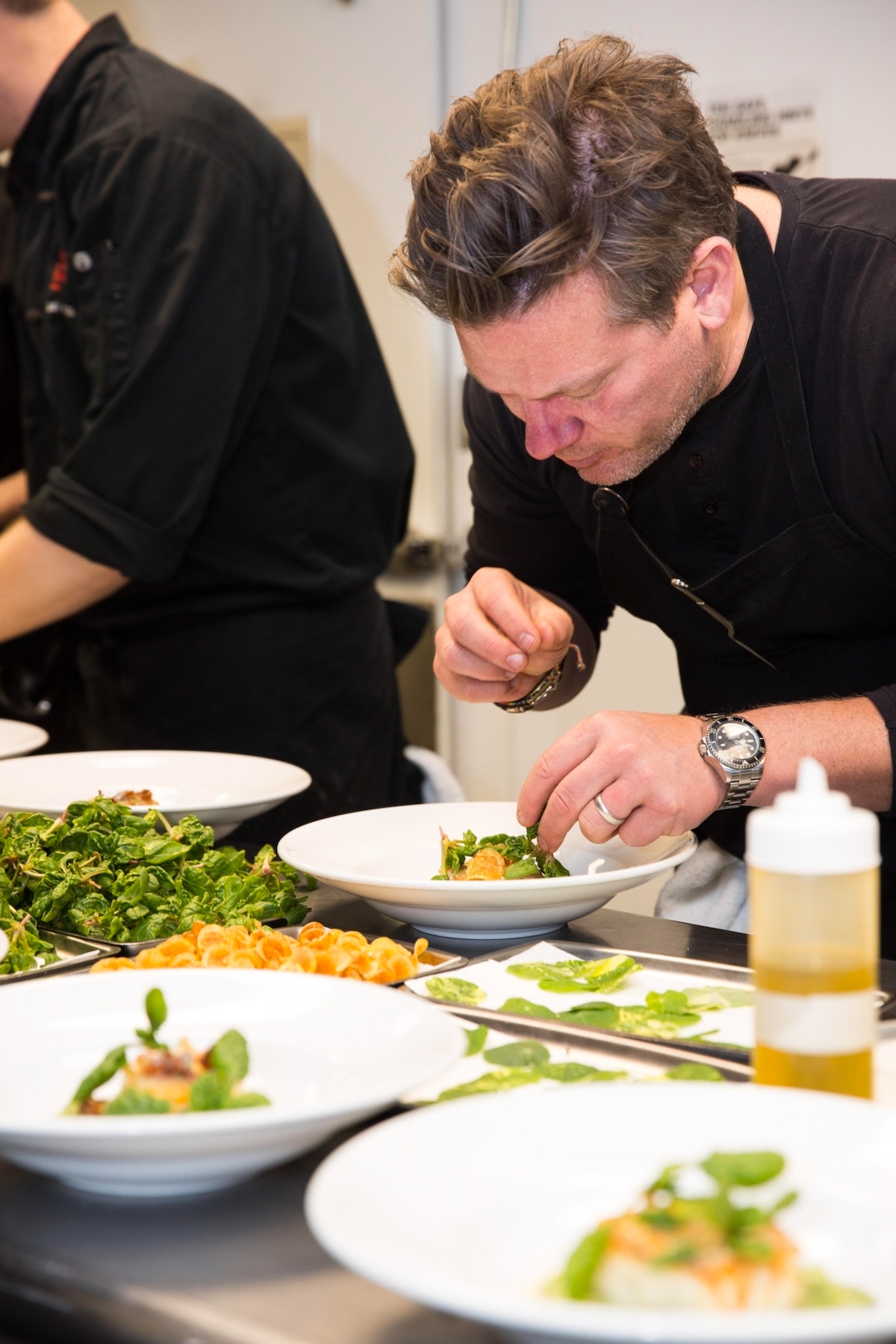 Join acclaimed chefs Stuart Brioza and Nicole Krasinski for an interactive demo and lunch, featuring some fabulous recipes from the State Bird Provisions: A Cookbook. They will teach guests tricks of the trade that can be recreated at home. Watch, sample and then be served each recipe along with a pairing of delicious wines from Peay Vineyards.

Inspired by the popular Taste of Jackson Hole summer event, Taste of Teton Village features 13 top West Bank restaurants and chefs. Each will offer their very best après ski nibble, served with over 70 selections of wine, beer and cocktails. Guests will gather slopeside at the Four Seasons Resort at Teton Village for this elegant yet laid-back walk-around grand tasting.

Not many people have the chance to try a flight of Old Rip Van Winkle’s iconic bourbons. Pappy Van Winkle was a true character and like its namesake, this bourbon whiskey is full of character – quite a remarkable whiskey. 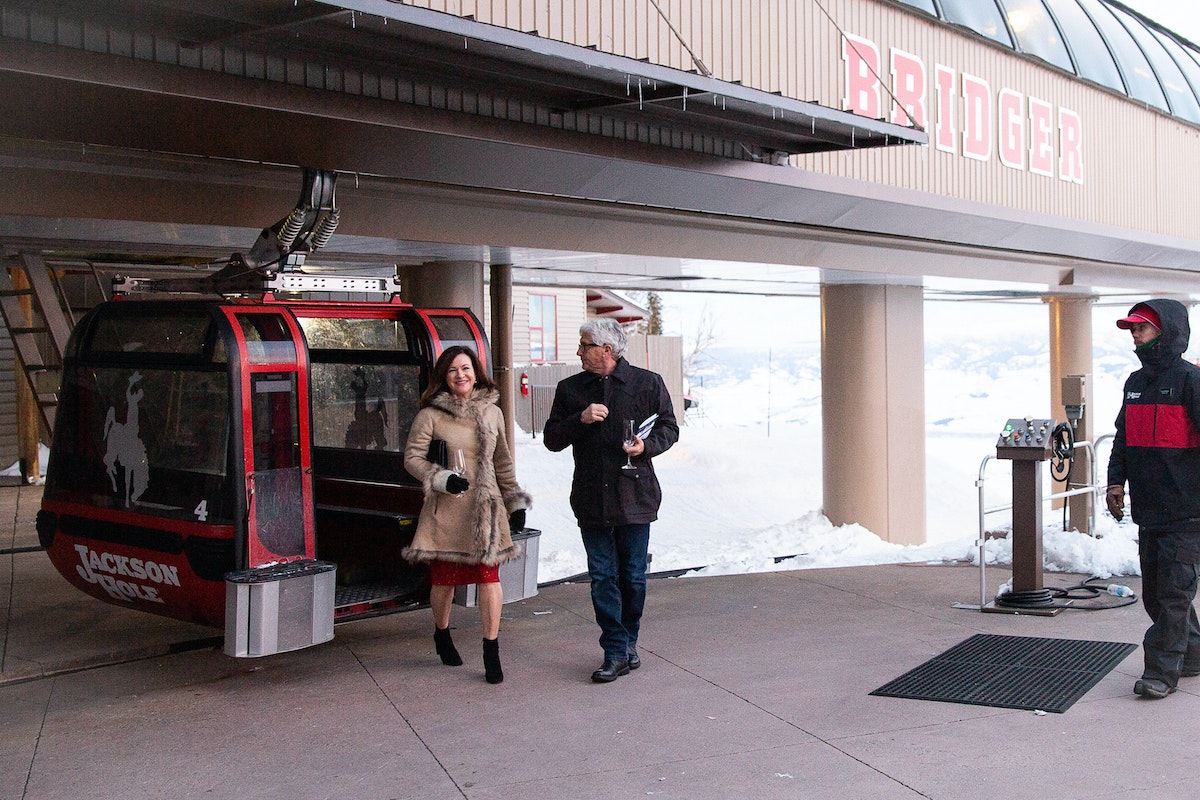 The Jackson Hole Mountain Resort is a magical place at night. As the sunlight fades and the stars come out, the slopes and crags start to glow. I can’t imagine a better place for a special winter wine dinner than at the Piste Mountain Bistro, elevation 9,000 feet. The views are spectacular and you can’t beat the transportation — guests ride the Bridger Gondola to and from dinner. This last event of the Winter Fest weekend is a wine pairing dinner featuring Chef Brioza’s and Krasinski’s passionate cuisine paired expertly with exceptional wine presented by Andy Peay of Sonoma’s Peay Vineyards. 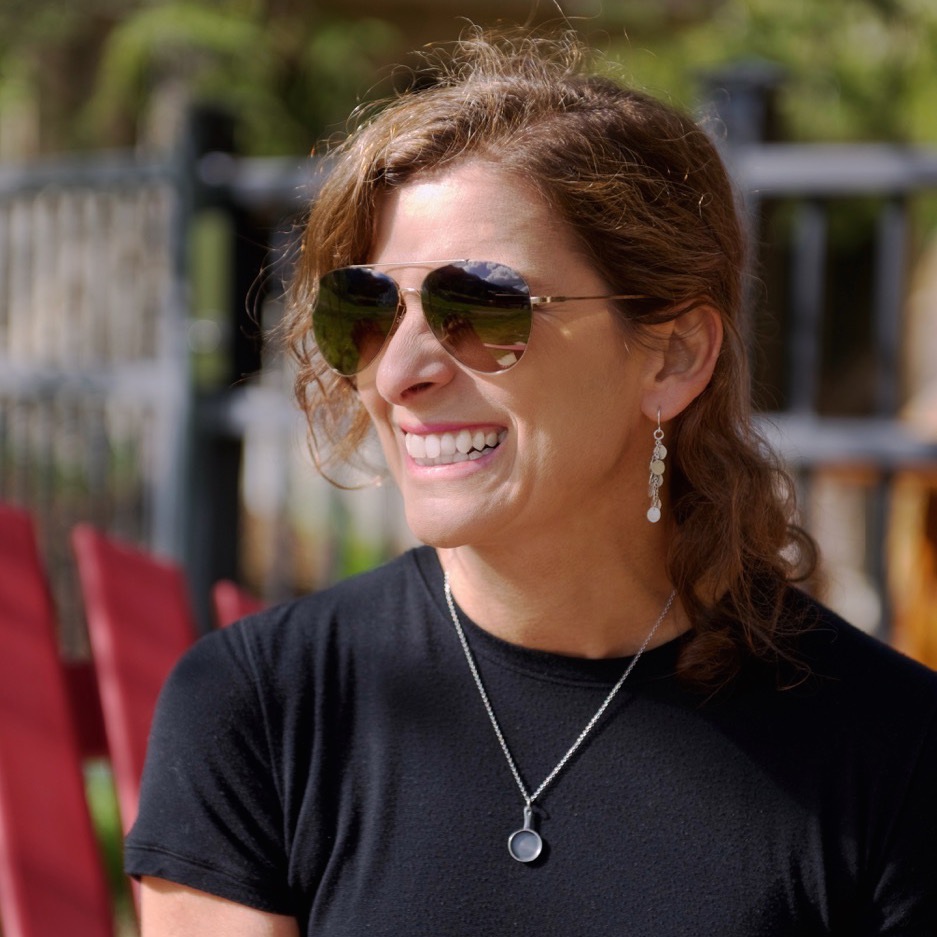 Annie is happiest when it is snowing in Jackson Hole, her home for the last 24 years. As an OB/GYN physician, Annie delivered hundreds of local babies and cared for generations of Wyoming women. Now she spends most of her time thinking about food: creating recipes, writing about the local food scene and teaching cooking classes. Current mission: teaching people how to cook and eat to prevent Alzheimer’s disease through her traveling cooking school, Brain Works Kitchen. Annie loves to share stories about local food, mountain adventures and recipes for longevity. 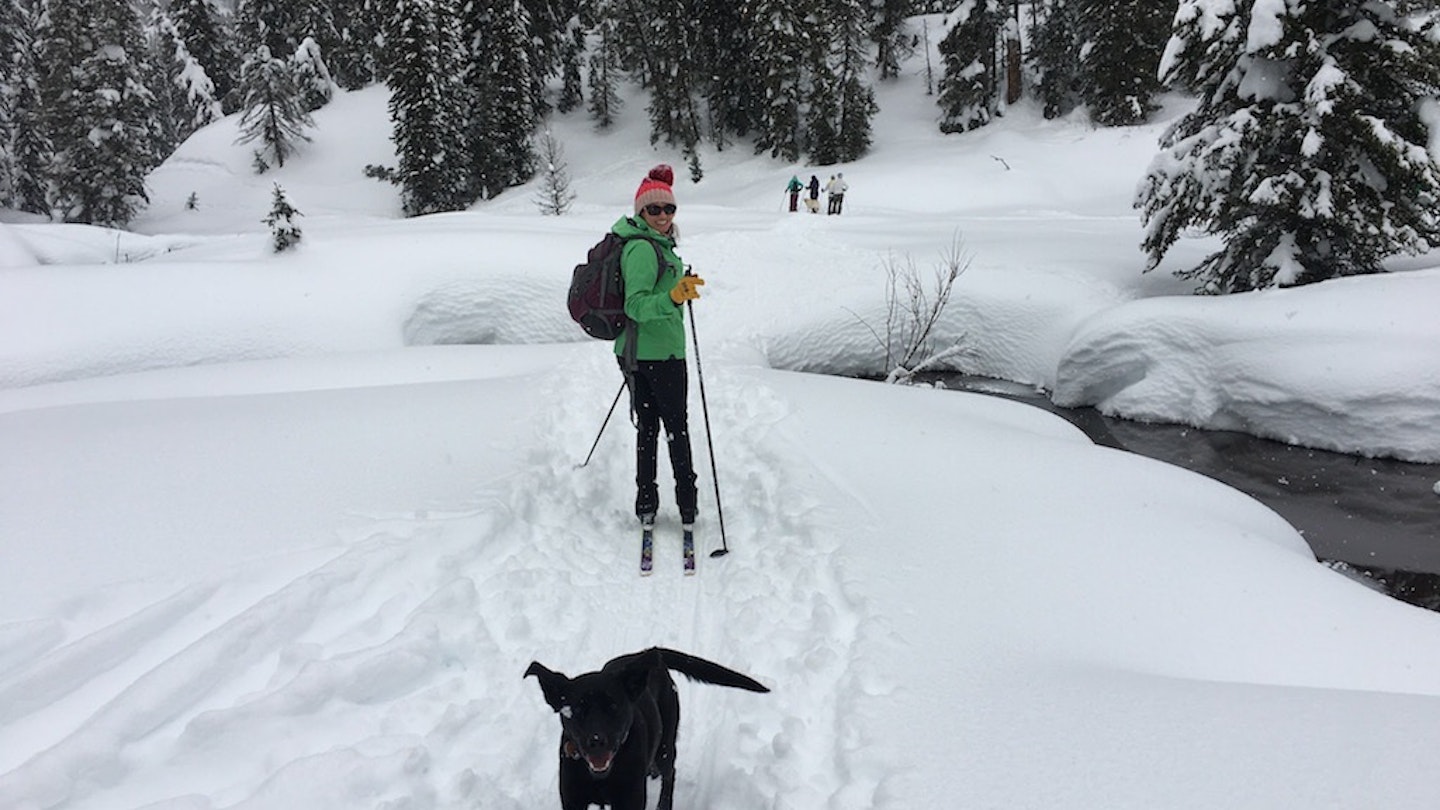 Working up an appetite in Jackson Hole

An insider’s look at the best spots to Nordic ski and where to lunch. 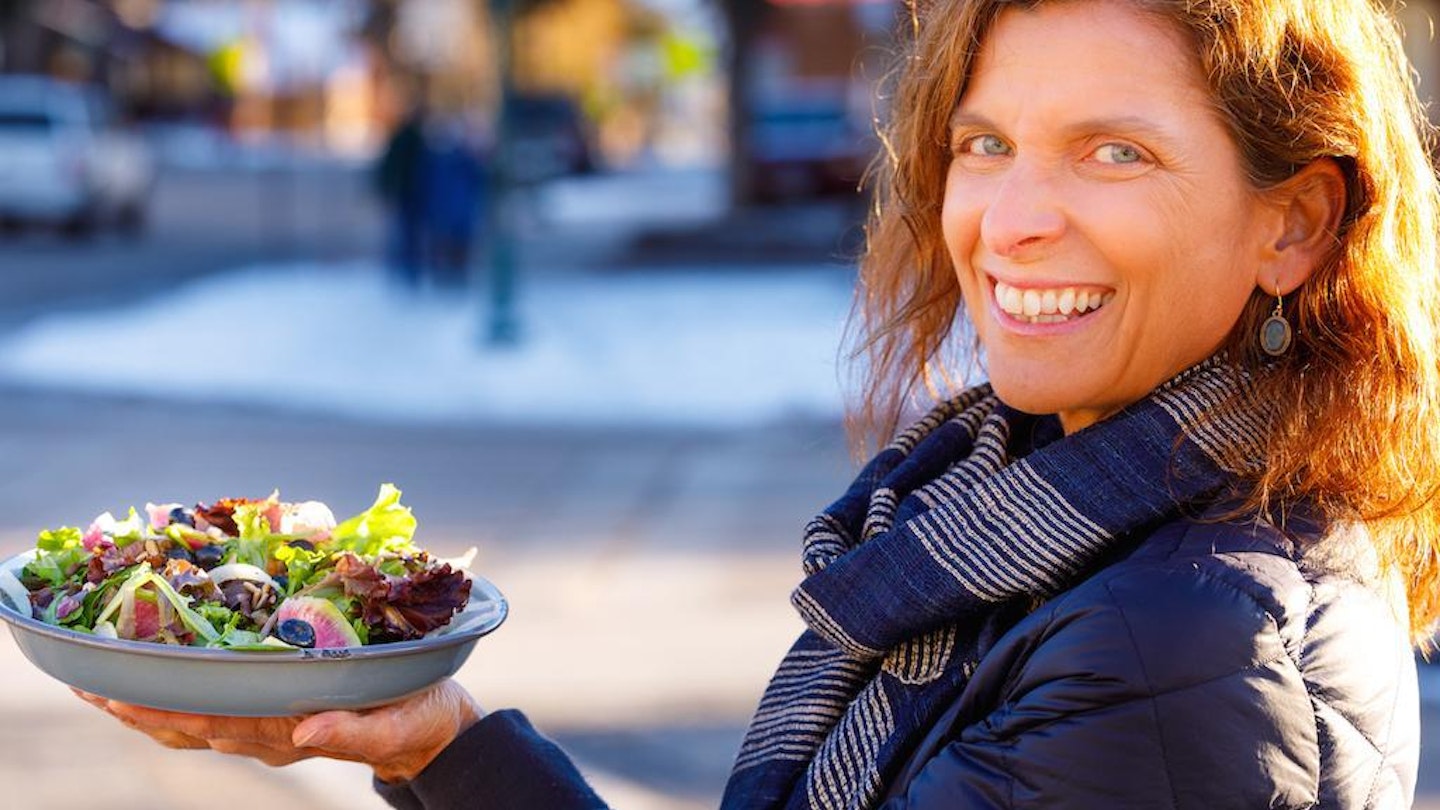 Eat out and stay healthy at these 5 local spots.