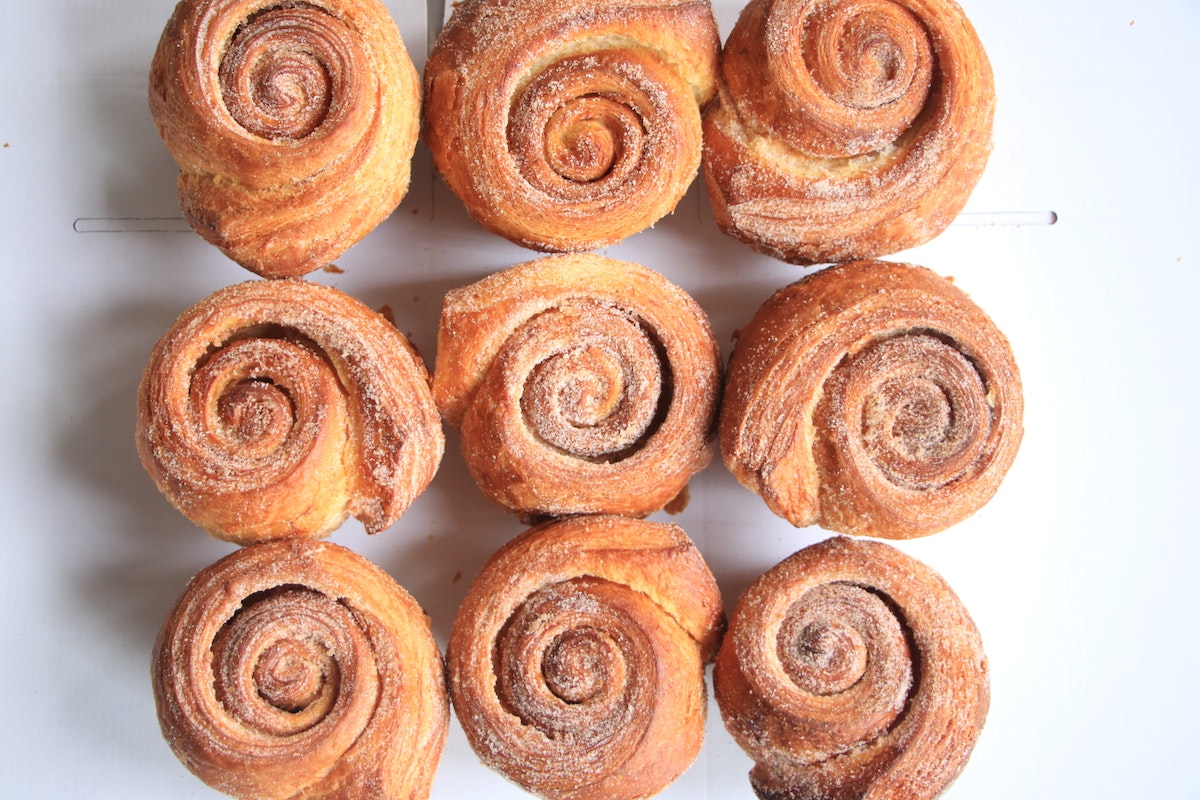 From breakfast to dessert, here’s the must-try meals of Jackson Hole from a local's perspective.

If you feel the need to try bison or elk while in Jackson Hole, by all means do. It’s part of the valley’s Wild West image. Restaurants here know how to cook game meat, and chances are that the restaurants you frequent back home don’t offer these. When visiting friends and family want to get their game meat on, I’m always exited for the opportunity to get the velvet elk entrée at The Gun Barrel, which has been serving Jackson Hole’s game-heaviest menu (alongside an impressive collection of taxidermied animals and cowboy memorabilia) since 1993. But game meat—at least on restaurant menus—isn’t authentically Jackson Hole. There are no domesticated herds of bison in the valley, and the elk on most local menus is a different species from what you might see on the National Elk Refuge just north of downtown Jackson and it comes from New Zealand (not that it doesn’t taste good; most people actually prefer the taste of New Zealand elk to that of North American elk).

As someone who has been eating in Jackson Hole for more than 20 years, my definition of authentic is what locals here will wait in line for, crave after a day adventuring in the mountains or on the river, or use to celebrate special occasions. 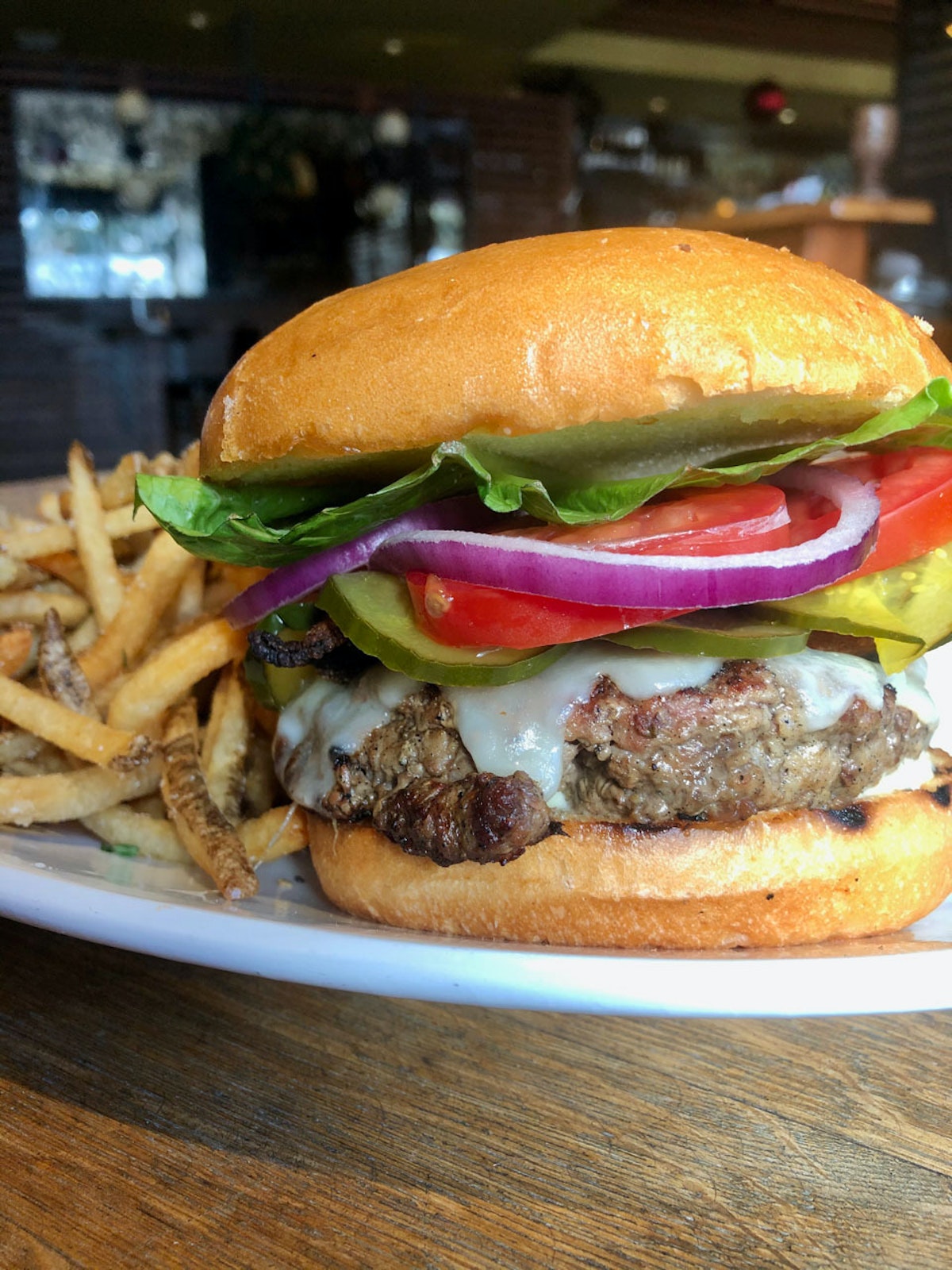 Burgers are popular around the world, and Jackson Hole is no different. Here, though, they’re an art form. Also, it’s likely the beef in the patty is local. The bistro burger, which comes with bacon, aged white cheddar and lemon-garlic aioli, at Rendezvous Bistro in West Jackson, is one of the highest forms of burger art. Extra authenticity points for heading here directly from the outdoors—i.e., no going home to shower—and snagging a table/seat in the first-come/first-served bar area rather than the restaurant.

If you’re thinking you can get a good burger anywhere, consider instead the steak tartare pizza at the Snake River Grill, where the kitchen is helmed by executive chef Jeff Drew, who has been nominated as Best Chef: Northwest four years in a row by the James Beard Award. Its ingredients are super simple—capers, red onion, parsley, garlic aioli and pieces of Black Angus New York strip—and it’s on the menu as a shared starter, but I find it neither simple nor shareable. I always get my own and usually have it as my entrée so I can have the restaurant’s wild game chorizo-stuffed dates wrapped in bacon as a shared app. 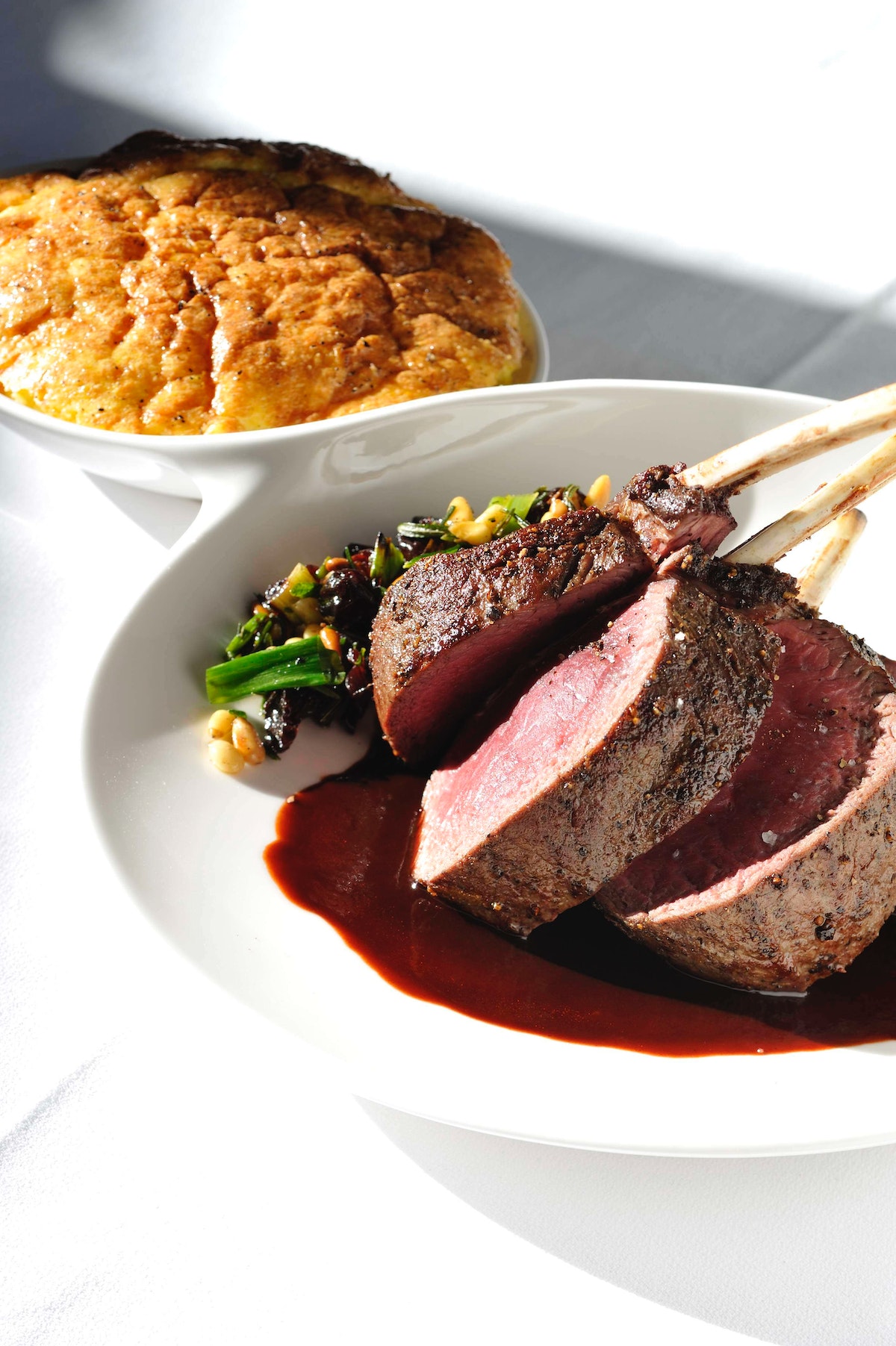 When I do want elk, I go for the Grill’s cast iron seared elk tenderloin medallions, which are New Zealand elk and have a milder flavor and texture than the North American elk in the freezers of my hunter-friends. 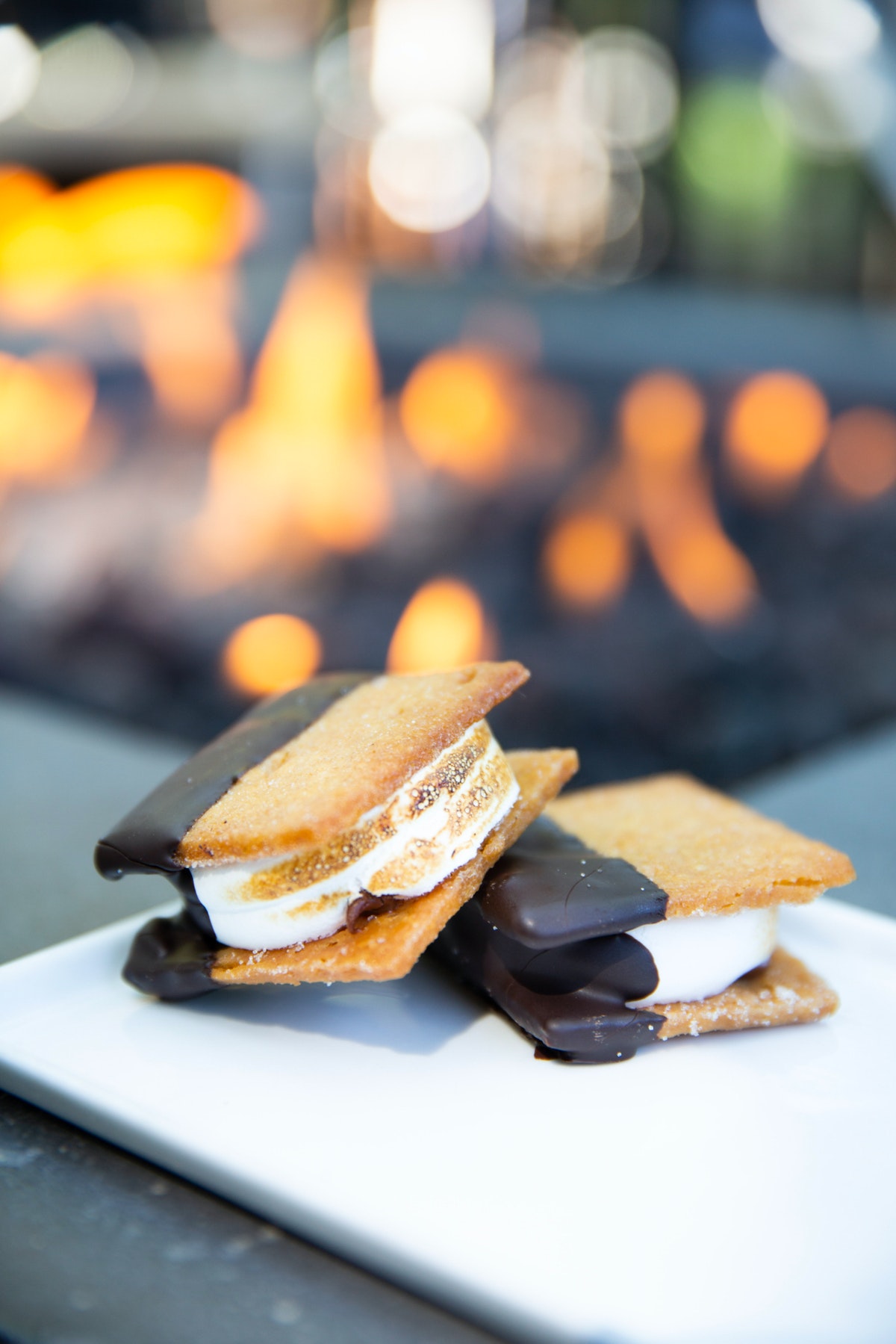 Locals usually make an effort to stay away from crowds. But not even a line out the door of, Persephone Bakery & Café, which isn’t unusual, keeps us away from the valley’s best pastries and sweets, baked by Le Cordon Bleu-trained pastry chef Kevin Cohane. We might get our cinnamon brioche at Persephone’s newer and larger West Bank outpost instead of the original location (in a cute, tiny, white log cabin one block from the Town Square) because it’s less crowded, but if the West Bank is too far, we’re fine with waiting downtown. If you like your chocolate chip cookies with nuts, crunchy around the edge and bordering on raw in the center, like I do, Persephone’s are the best in town. I don’t think it’s the overall best cookie in Jackson Hole though; that goes to Persephone’s s’more cookie because, well, s’mores … in cookie form. Speaking from experience, the chocolate chip cookie definitely travels better in a hiking or skiing backpack than the s’more cookie; save the s’more for a treat once you’re back at your car from whatever the day’s adventure is. 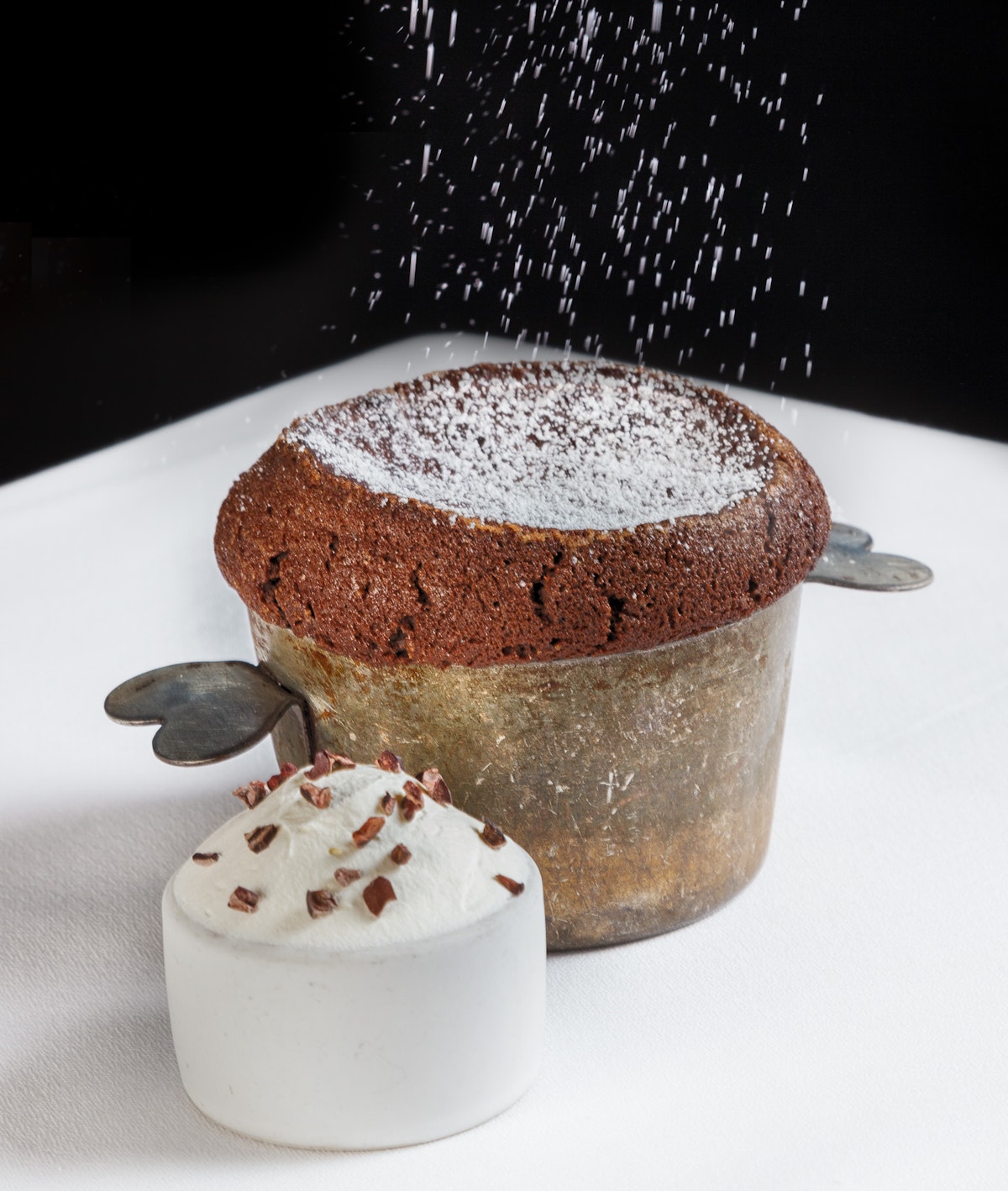 When I have something to celebrate that calls for more than a cookie or brioche at Persephone, I always get the chocolate soufflé at Snake River Grill. I’ve been known to go in and grab a seat at the bar—where you can order from the entire menu and seating is first-come/first-served—and just have this dessert. The Grill prides itself on its changing-with-the-seasons menu, but if the chocolate soufflé were to ever disappear, a certain segment of the local population would undoubtedly revolt. (FYI, the chocolate soufflé is only on the winter menu; its summer equivalent is Eskimo bars, but those are for another blog post.) 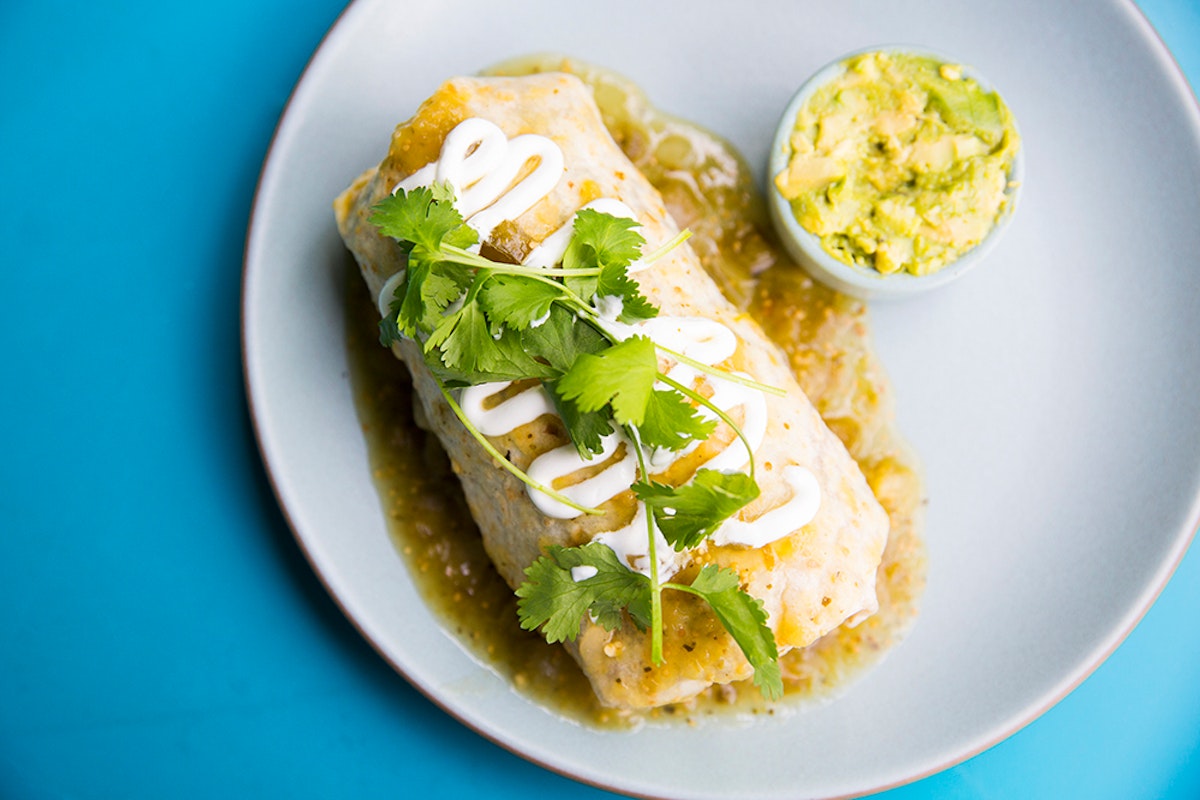 Fuel for the day

There isn’t a food that is more authentically Jackson Hole than a breakfast burrito, and the title of best breakfast burrito might be the most hotly contested in the valley after the Kings and Queens of Corbet’s. There are almost as many contenders as there are ski runs at Snow King, and there is no one burrito that is unanimously agreed upon as the best. Everyone seems to have a favorite. On almost every local’s list of top 5 breakfast burritos are those at Picnic and D.O.G.

Picnic is the sister café of Persephone Café, so it has almost all of the same amazing baked goods as Persephone, but is less French and less formal. Wrapped inside Picnic’s breakfast burrito are egg soufflé, chorizo, black bean salsa, avocado, tomatillo salsa, goat cheese, Mexican crema and cilantro.

While Picnic is considered all design and beautiful displays, D.O.G. is a walk-up counter at a closet-sized kitchen on Glenwood St. in downtown Jackson. (D.O.G. stands for “down on Glen.”) Here you can get spicy or mild meat or veggie burritos. Meat burritos come with a medley of bacon, sausage and ham. All D.O.G. burritos are the size of an average adult’s forearm and might be all you need to eat that day, which makes them a favorite among people heading out for a long day of skiing.

While the Mangy Moose is the most well-known après ski spot in Teton Village, locals skip it for the Spur, inside Teton Mountain Lodge. It’s not so much that we’re over drinking beers beneath a taxidermied moose hanging from the ceiling, but that the Spur’s 307 fries are exactly what’s needed after a hard day of skiing, even if they sound like a heart attack: fries topped with braised elk gravy, chives and cheese curds.

While locals have their favorites, we also check in regularly with DishingJH.com to stay up-to-date with restaurant openings and happenings. 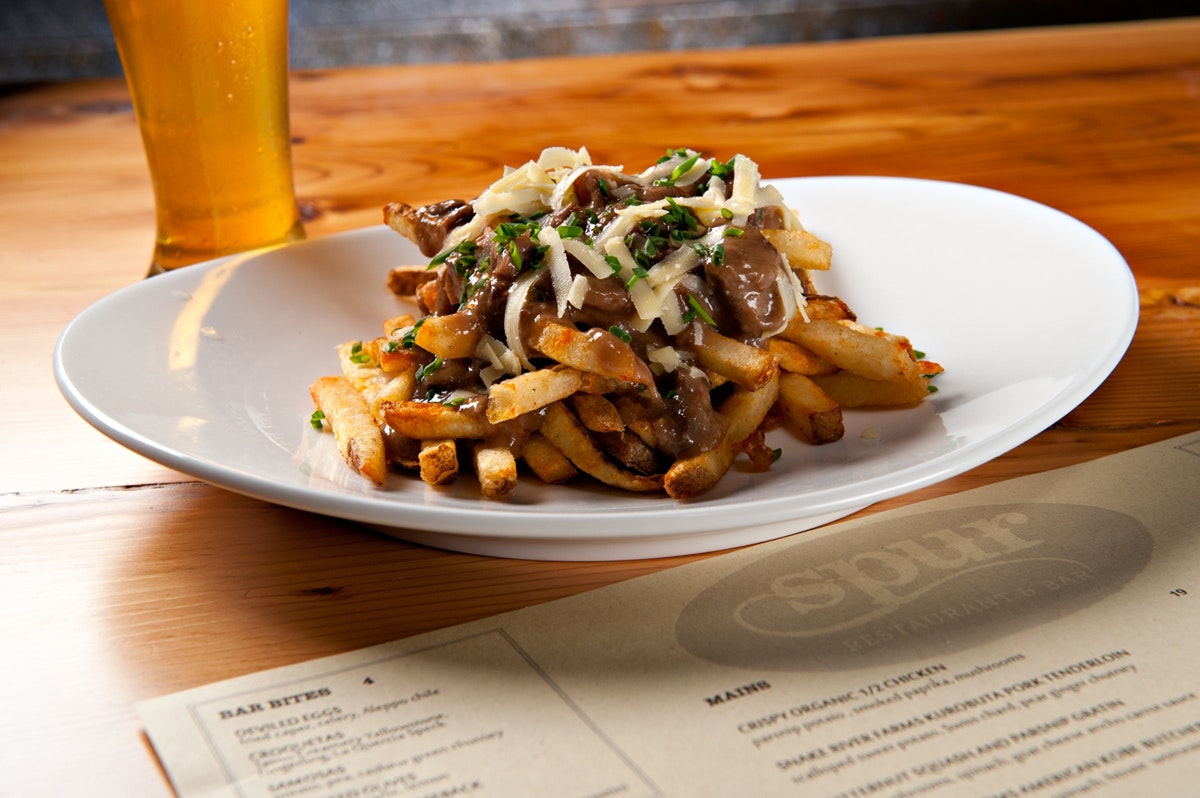