Here’s the thing about hiking in Jackson hole: there’s no wrong choice or bad destination.

Jackson Hole is home to some of the best hiking trails out there. All of the hiking trails have something special to offer, be it stunning Teton views, access to wildlife, or just serenity in nature. A lifetime of exploring them still isn’t enough.

Plan ahead. Apps like AllTrails, Gaia, or Trail Forks are great trail map tools to help you plan your hike, and many let you download maps so you can use them offline. You can also pick up an old-fashioned paper trail map at local ranger stations. However you choose to chart your course, always tell someone where you're going and when you think you'll return. The day of your hike, keep a close eye on local weather reports. The weather can change in an instant, so be flexible. Your hiking gear should include some emergency essentials: basic first aid, extra layers, a light and bear spray. And, most importantly, have fun! Even when the trail is crowded, everyone is there to connect with nature. Be respectful of other trail users and of the space you're visiting. 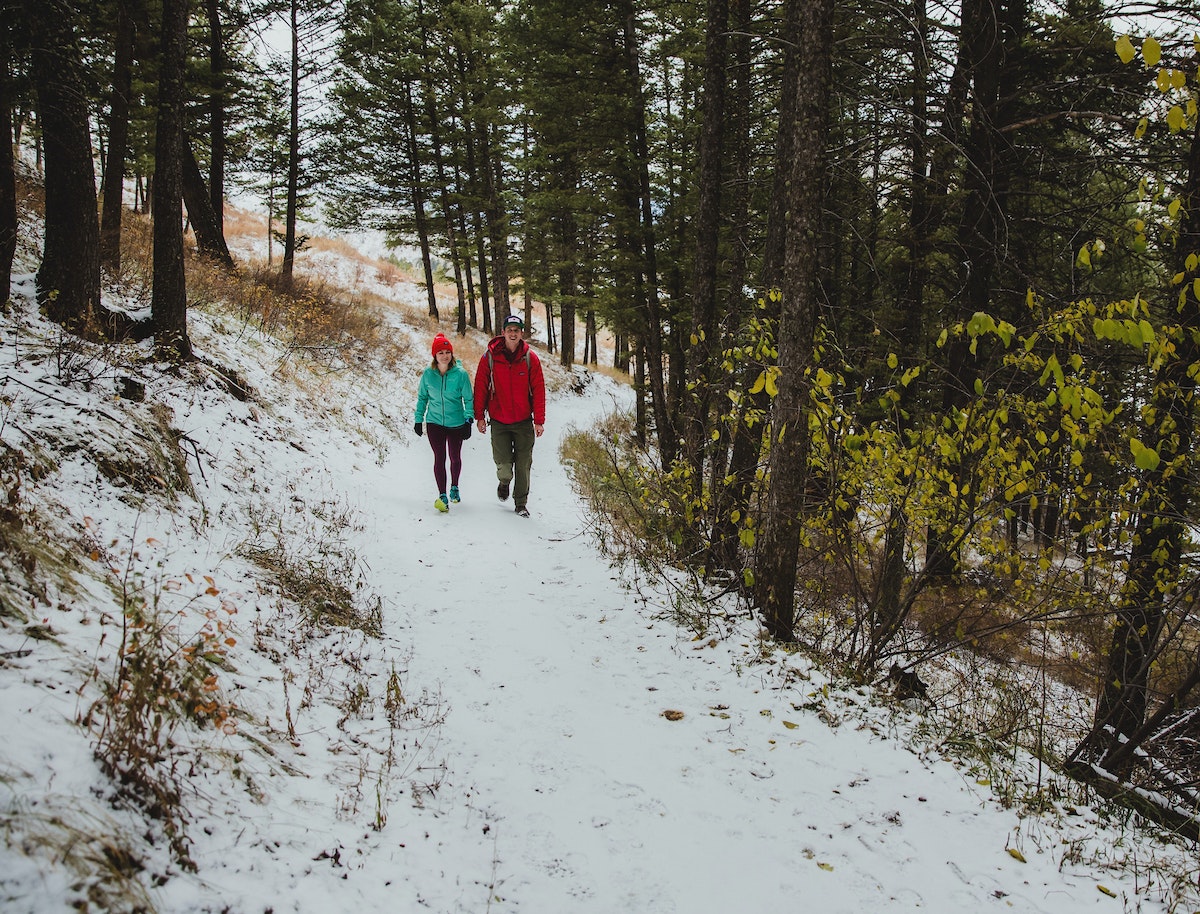 You can hike year-round in Jackson Hole if you really want to. The local favorite season is the fall, when temperatures are a little cooler, crowds are a little smaller, and leaves are a little yellow. But there's a reason Jackson is so popular in the summer: it's stunning. If you are hiking in the summer, consider an early start to beat the crowds. 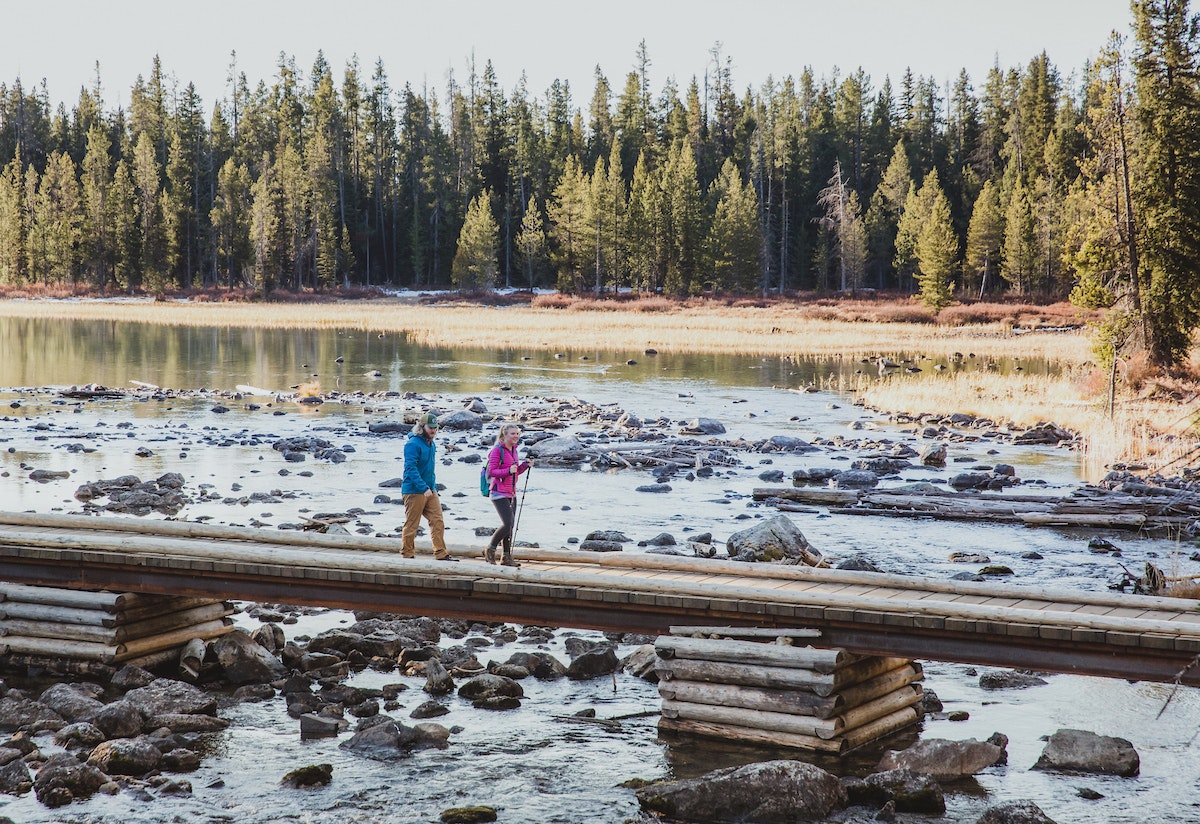 The only “wrong” hike is an ill-prepared hike. That’s why it’s important to live by The Wild Rules and know before you go. Local guides can show you their favorite spots and teach you about all the flora and fauna along the way. For self-guided trips, study trail maps and use GPS apps like Gaia so you know where you are and where you’re going. Know that popular trails in Grand Teton National Park get busy and parking lots fill up early. It’s a good idea to make a plan — and a backup plan. It's highly likely you'll encounter wildlife out on your hike. If you do, remember to give them lots of space — no matter how small or harmless they may look. It’s also a good idea to break in your hiking boots before you go. 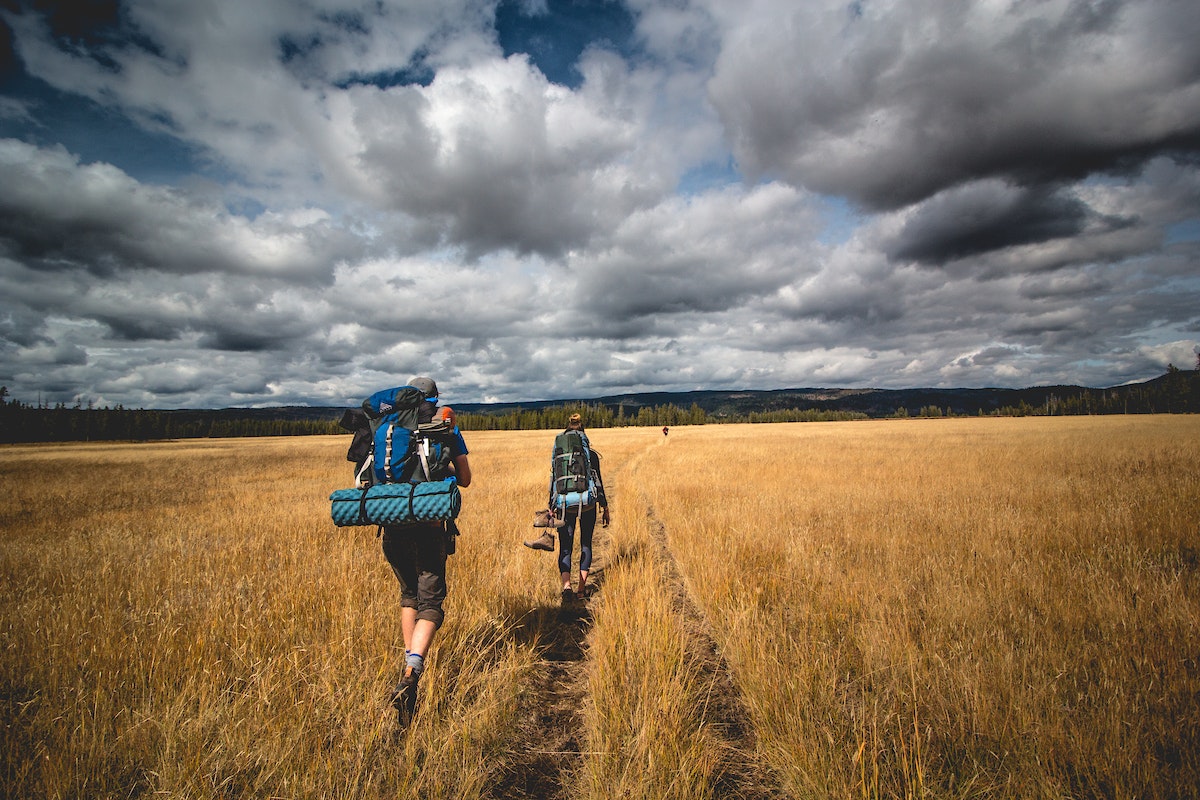 Everything that goes to the trailhead with you should leave with you — and nothing more. That means packing out all trash, including food waste, and leaving any flowers, plants, rocks, or other natural treasures you find exactly where you found them. We have a saying around here: "take only photos, leave only footprints." We'd add: leave only footprints on designated trails.

We want to leave the places we visit even better than we found them. The best souvenir is the place you can return to over and over again. 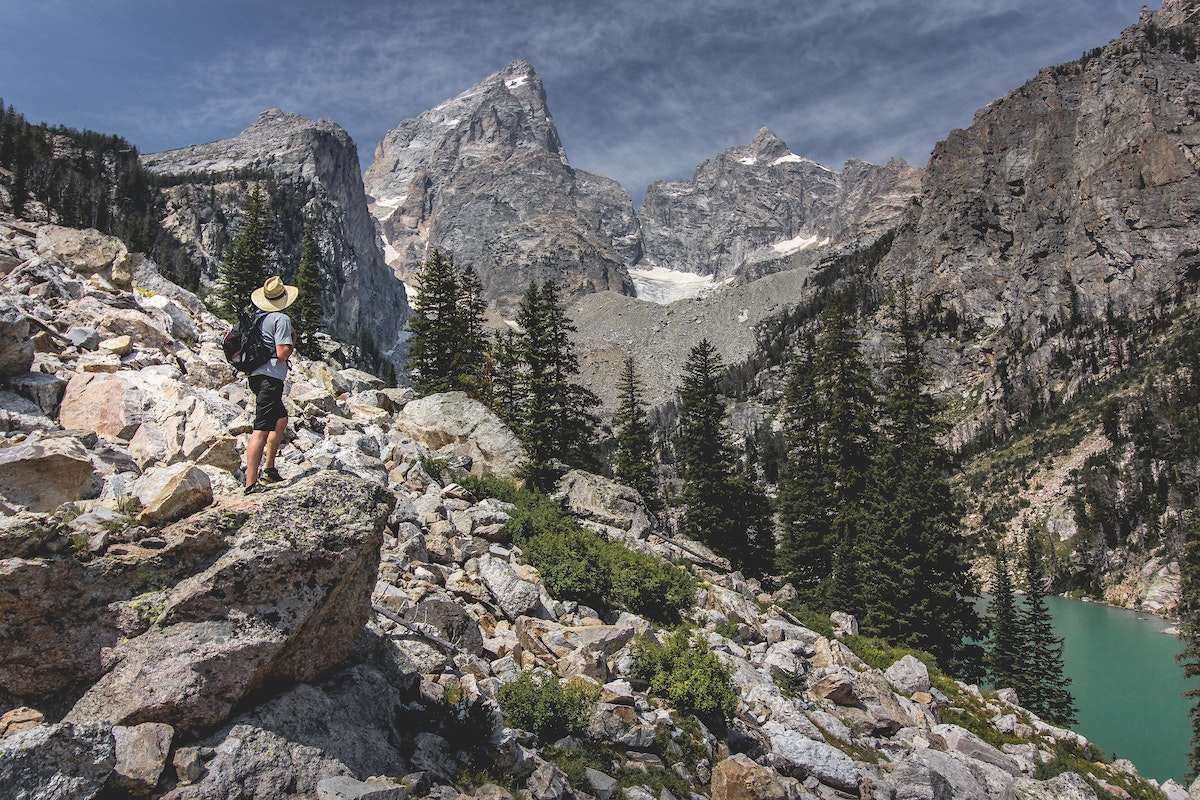 “Scat,” which is what naturalists call animal droppings, is cool when wildlife leaves it and gives us a clue that they crossed our path recently. It’s less cool when our canine companions leave it on trails for us to run into, or step in. It’s not dogs’ fault; they don’t have thumbs. Still, dog waste on the trails was once so abundant that it was ruining the nature experience.

So PAWS of Jackson Hole made it easier to pick up after our pets. Since 2001, the nonprofit pet welfare organization has given away 2.4 million Mutt Mitts at 22 stations in and around town. That’s 150,000 Mutt Mitts per year. There’s a Mutt Mitt station at almost every popular trailhead where dogs are allowed. The stations do more than provide the poop bags — they also include designated waste bins just for dog poop. So if you see a trash can with the “PAWS of Jackson Hole” label on it, underneath a bag of Mutt Mitts, please let it do its job by not using it for anything but dog waste. PAWS has an impressive network of volunteers who work hard to maintain all 75 stations, but it’s a lot of work and they can’t always keep up. So if you see an overflowing bin, do them a favor and hold onto your baggie.

Recently, two PAWS volunteers and PAWS Program Director Jess Far went to all 22 stations and weighed each bag. They measured 573 pounds of dog waste in one week — that’s 30,000 pounds of poop per year that now won’t pollute our waterways and local trails.

So if you see an elusive Poop Fairy cleaning up after Jackson Hole’s dogs out on the trail, be sure to give them a hearty smile and “thank you.” You’ll recognize them by their fairy wings.

Get to know Jackson on two wheels....

Planning an adventure in the backcountry? Please learn more on how to travel safely with expert advice from Backcountry Zero...